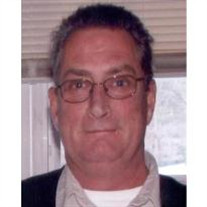 William “Bill” C. Abbott, 58 of Litchfield, died Tuesday, March 10, 2009 at the Southern NH Medical Center in Nashua. He was born November 24, 1950 in Nashua, son of the late William H. and Pauline (Pelkey) Abbott. He was also predeceased by two brothers; Gerald Abbott and Michael Abbott. Bill was the husband of Sharon (Shea) Abbott of Litchfield, with whom he shared 41 years of marriage. For the past 27 years, Bill was the owner and operator of Abb-Kin & Son’s Drilling and Blasting Company in Hudson. He was an avid hunter and motorcyclist who loved antique Hot Rods. Most of all, he loved spending time with his children and grandchildren. Besides his loving wife Sharon, survivors include one son and a daughter in law; Shawn and Catherine Abbott. One daughter and a son in law; Dawn and James Beliveau, all of Litchfield. Two brothers; Thomas W. Abbott of Hudson and Paul Kinville, and his wife Janice, of Hudson. Three sisters and a brother in law; Gail and Ralph Owens of California, Paula Drouin of Tilton, and Donna Abbott of Hudson. Five grandchildren; William J. Abbott, Shaylee Abbott, Jason Rodonis, Lauren Beliveau, and John Beliveau. As well as several nieces, nephews, cousins and many dear friends. Visiting Hours will be on Sat. March 14th from 2-5pm in THE DUMONT-SULLIVAN FUNERAL HOME, 50 FERRY ST. IN HUDSON. Burial will be private. In lieu of flowers the family requests donations be made in Bill’s loving memory to the Arthritis Foundation, Northern New England Office, 6 Chenell Drive, Suite 260, Concord, NH 03301.

The family of William "Bill" Abbott created this Life Tributes page to make it easy to share your memories.