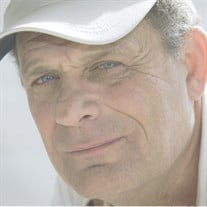 William J. Suppa, Jr. of Nashua, NH passed away on July 3rd after a brief illness. He was born on August 18, 1942 in Long Island, NY to William J. Suppa, Sr. and Antoinette (Raymond) Suppa. He is survived by Christine Georges, his lifetime partner; son William J. Suppa III and his wife Laurie of Hudson, NH; his son Jamie Suppa and his wife Cindy of Pelham, NH; four grandchildren: Anthony, Ashley, Alexandra and Victoria Suppa. Bill was also survived by his sister Geraldine of Hicksville, NY, his brother Salvatore of Savannah, GA and several nieces and nephews. Bill graduated from The Mannes School of Music at NYU as an accomplished musician, specializing in saxophone. His early career consisted of touring the nation and appearing on the Tonight Show with Joey Dee and the Starlighters. He then joined Mickey and Larry and the Exciters and continued to tour the country. Bill settled in the Lowell area and formed a band called Now and Then, playing at weddings and local venues. He began teaching Music in 1972 at the Daley School in Lowell until his retirement in 2004. His students will tell you that their not so fondest memory was having to sing solos in front of the entire class. For the past 20 years, Bill has been employed at Indian Ridge Country Club in Andover as a starter. Being an avid golfer, this was his dream job which he performed with humor and professionalism. His co workers and the members at the Ridge became his second family. His employers have said that he made Indian Ridge a better place because he had the innate ability to do the job extremely well because he cared. As Bill would say, “That’s what I do”. Bill will be missed by everyone and the mark he left on all who knew him will live on forever. Family and friends are invited to attend a walk through visitation from 3:00pm - 8:00pm on Wednesday, July 8th in the Dumont-Sullivan Funeral Home located at 50 Ferry St., in Hudson, NH. All those attending are asked to please wear a face mask or facial covering and to be mindful of the current social distancing guidelines. A private prayer service and burial will take place the following day. In lieu of flowers the family encourages donations be made in Bill’s loving memory to the Leukemia & Lymphoma Society, Donor Services, PO Box 98018, Washington, DC, 20090-8018 or online at www.lls.org

William J. Suppa, Jr. of Nashua, NH passed away on July 3rd after a brief illness. He was born on August 18, 1942 in Long Island, NY to William J. Suppa, Sr. and Antoinette (Raymond) Suppa. He is survived by Christine Georges, his lifetime... View Obituary & Service Information

The family of William J. Suppa Jr created this Life Tributes page to make it easy to share your memories.

William J. Suppa, Jr. of Nashua, NH passed away on July 3rd after...