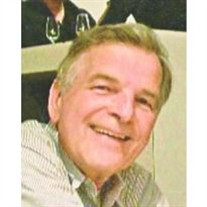 William Milne, 69, of Nashua, N.H., died Wednesday, Aug. 8, 2012, at Community Hospice House, Merrimack, NH. He was born Sept. 10, 1942, in Wilmington, DE, the son of William and Harriet Milne. He moved to Barrington, RI., at age 10 and graduated from Barrington High School in 1960. He was a resident of Nashua, N.H. for 34 years. After completing one year at the University of Pennsylvania, Bill enlisted in the U.S. Air Force, where he primarily served in Europe. After completing his service, he returned to the University of Pennsylvania, where he received a bachelor’s degree in electrical engineering. He took a computer programming class, which he loved, and that led to a long career as a computer consultant. Bill later returned to the Wharton School at the University of Pennsylvania, completing a bachelor’s degree in business administration. Bill is survived by his wife, Debra; son David Milne and David’s fiancée Carly Reed; daughter Lisa Herzog; daughter Laura DiMarzio, son-in-law Dr. Michael DiMarzio and granddaughter Sophia DiMarzio, and a sister, Judy Larabee. Bill will be greatly missed by family friend Allison Robes and the family’s exchange students, Kirsten Winther, Nina Hogel, Katell Mellac, Anna Fredriksson and Manon Jonker. Visiting Hours will be held on Saturday, August 11th from 10am - noon in THE DUMONT-SULLIVAN FUNERAL HOME, 50 FERRY ST. IN HUDSON. In lieu of flowers, the family asks that donations be made to Home Health & Hospice Care, Attention Hospice House, 7 Executive Park Dr., Merrimack, NH 03054.

The family of William Milne created this Life Tributes page to make it easy to share your memories.