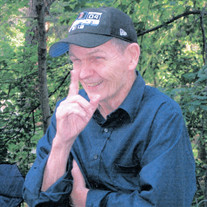 William C. Bridges, 87, of Tyngsborough, MA, passed away on Wednesday, September 28, 2016 at his residence, surrounded by his loving family. He was born January 3, 1929 in Roxbury, MA, son of the late Howard and Margaret (Larkin) Brydges. He was also predeceased by his three brothers and a sister, Arthur Johnson, Donald Johnson, John Brydges and Mary Lane.  William was the husband of Adele (Sanuth) Bridges, with whom he shared 65 years of marriage.  He was raised in Somerville, MA and graduated from Somerville High School in 1947. He later moved to Chelmsford, MA in 1966,  where he became very active in the local Elks Lodge # 2310. He then moved to Nashua, NH as a long time resident for 28 years where he was a communicant of Immaculate Conception Parish in Nashua, where he served as a eucharistic minister. William was a proud American veteran, having served in both the United States Army and the United States Air Force. For many years, he was employed as a supervisor with MDC Water Works of Medford, MA. He was a dedicated employee until his retirement in the early 1990’s. Besides his loving wife Adele, survivors include his devoted and loving daughter Janet Fielding and her husband Roy of Tyngsborough, four grandchildren, Stephen Martin of Kansas, Jessica Mosher of Maine, Rebecca Stefanczak of New Hamphshire, Matthew Fielding of California, eight great grandchildren, John, Joshua, Jared, Brianna, Jenna, Jewel, Joshua and Madyson as well as two great great grandchildren, Trenton William and Tessa Rae as well as many nieces, nephews, and cousins. Visiting hours will be held on Tuesday, October 4th from 6pm - 8pm in THE DUMONT-SULLIVAN FUNERAL HOME, 50 FERRY ST. IN HUDSON, NH. A Mass of Christian Burial will take place on Wednesday, October 5th at noon in the Immaculate Conception Church, 216 East Dunstable Road in Nashua. All may meet at church. A graveside service with military honors will take place on Thursday, October 6th at 1pm in the Massachusetts National Cemetery, Connery Ave., Bourne, MA. All may meet at the cemetery. In lieu of flowers the family requests donations be made in Bill’s loving memory to either Mass. General Hospital, Dept. of Urology, 55 Fruit St., Boston, MA 02114 or Alzheimer’s Association, PO Box 96011, Washington, DC 20090-6011.

William C. Bridges, 87, of Tyngsborough, MA, passed away on Wednesday, September 28, 2016 at his residence, surrounded by his loving family. He was born January 3, 1929 in Roxbury, MA, son of the late Howard and Margaret (Larkin) Brydges.... View Obituary & Service Information

The family of William C. Bridges created this Life Tributes page to make it easy to share your memories.

William C. Bridges, 87, of Tyngsborough, MA, passed away on Wednesday,...