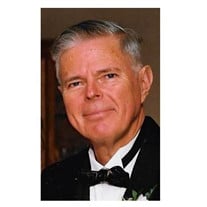 Wilfrid L. Fortin, M.D., age 79, died on January 19, 2015, surrounded by his loving family, at “The Inn” at Fairview in Hudson NH after an extended illness. Dr. Fortin was born in Manchester NH on June 22, 1935, the son of the late Joseph Fortin and Berthe (Vachon) Fortin. He was predeceased in 1991 by his brother Eugene Fortin and his sister-in-law Xenia Fortin in 1999, both of Ft. Lauderdale FL. Dr. Fortin was a Board Certified Anesthesiologist and practiced medicine at St. Joseph Hospital, Nashua NH for over 25 years. Dr. Fortin graduated from St. Augustin Elementary School and Central High School in Manchester NH in 1953. He went on to graduate with honors from St. Anselm College in Manchester NH in 1957 and the University of Vermont School of Medicine in Burlington VT in 1961. He received his post graduate training in anesthesia at Maine Medical Center in Portland, ME, graduating in 1964. He began his career as an anesthesiologist at St. Joseph Hospital in June 1964. During his professional career he was a member of American Medical Association, American Society of Anesthesiologists, Hillsboro County Medical Society, NH Medical Society, and NH-VT Society of Anesthesiologists. During his association with St. Joseph Hospital he served as Chief of Anesthesia, President of St Joseph Anesthesia Associates and Medical Director of Quality Assurance. He was instrumental in the development of the St Joseph Hospital Medical Arts Building West. When the St. Joseph Trauma Team was developed, he was the on-call anesthesiologist. He served in the US Army National Guard as captain from 1962 to 1970 and was attached to the units in Lewiston ME and Fort Devens, MA. He received an honorable discharge in 1970. During his childhood vacations, he spent summers at Hampton Beach, NH with his family. He loved the ocean. As a teenager, he worked at a hot dog stand and loved digging for clams, hence his affinity for eating hot dogs and clams. Summers of his medical school years were spent as a bouncer at the Hampton Beach Casino and a lifeguard at North Hampton Beach. He loved traveling to warm weather vacation areas, and traveled routinely with his wife to Florida and the Virgin Islands. He loved Classical music and attended organ recitals at the Methuen Memorial Music Hall and heard many major symphonies in San Francisco, New Orleans, Atlanta, and San Juan, PR. After retiring from the practice of medicine, he took real estate courses and law courses and earned his real estate license. He formed many partnerships in real estate. He was an avid reader and walker; he read 3 newspapers and walked 10 miles daily. He was especially proud of having climbed Diamond Head Mountain in Hawaii and the last stretch of the Eiffel Tower in Paris. A very religious man, he attended daily mass and was a Eucharistic Minister with his wife at St Joseph Hospital in Nashua NH.   Dr. Fortin considered his life to be one of service to humanity. He was a passionate advocate for the poor and less fortunate. He donated countless hours of his time and resources to community organizations and has passed his philanthropic ideals on to his children and grandchildren. His compassion and generosity in all aspects of his life remain unmatched. His gentle spirit will be sadly missed but never forgotten by all who knew and loved him. He is survived by his loving wife of nearly 49 years, Jeanne (Valiquette) Fortin of Nashua. Three children: Celine Fortin, APRN and her husband John Heintz Jr. of Nashua, David Fortin and his wife Christine (Poisson) of Hudson, Elise Fortin and her husband Ronald Simoneau of Nashua. Seven grandchildren: Kara and Kendall Heintz, Harris, Hannah and Samuel Fortin of Hudson, and Benoit Fortin Simoneau and Adelyn Fortin Simoneau of Nashua. He is also survived by two nephews: Ronald Fortin and Thomas Fortin of Fort Lauderdale FL, and many relatives and cousins in the greater Manchester area. A passionate believer in education and medical research, Dr. Fortin established the Eugene G. Fortin Scholarship Fund at St. Anselm College in memory of his brother and the Joseph and Berthe Fortin Scholarship Fund in memory of his parents at the University of Vermont School of Medicine. The family would like to give special thanks to the many providers, nurses, and staff under whose care he was entrusted, especially those from The Inn at Fairview in Hudson NH. Visiting hours will be held on Thursday, January 22nd from 4pm - 7 pm in THE DUMONT-SULLIVAN FUNERAL HOME, 50 FERRY ST. IN HUDSON. A funeral mass will be celebrated on Friday January 23rd at 10am in St. Joseph the Worker Parish, 777 West Hollis St. in Nashua. All may meet at church. Burial will be in St. Louis Cemetery, Nashua. In lieu of flowers, donations may be made in his memory to St Anselm College, University of Vermont School of Medicine, Rivier University, The Alzheimer’s Association or the Lewy Body Dementia Association.

The family of Dr. Wilfrid L. Fortin created this Life Tributes page to make it easy to share your memories.