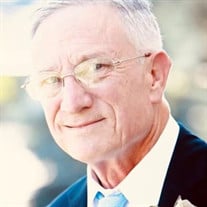 On Friday, December 11, 2020, Timothy Michael Coulter, beloved husband, and father of four children, passed away at home after a nearly five-year struggle with ALS, commonly known as Lou Gehrig’s disease. Tim was born July 26, 1948, in Toronto Canada, to James and Patricia Coulter, the fourth of ten children. He graduated from Michael Power High School in Toronto, then spent several years working on the railroad and traveling abroad. Inspired to continue his formal education, he graduated from a small Liberal Arts College in NH where he met and married his beautiful wife Barbara. They settled in Hudson N.H where they raised four children: Joe, Sean, Anne, and Michael. In Tim’s early life, he worked as a train conductor in Toronto and Lawrence MA. He later joined the US Postal Service in Nashua, where he was a letter carrier for more than 28 years. He was a member and supporter of the National Association of Letter Carriers Union. He is survived by his beloved wife Barbara of forty years, son Joe and wife Courtney, son Sean and wife Lauren and grandchildren Grace, Maya and Liam; daughter Anne, son Michael; brothers Anthony (Barbara), Mark (Margie), Gregory (Cecilia), and Matthew Br. Mary James [Order of Carthusians]; sisters Cecily (John), Patricia, Julie (Terry), and many nieces and nephews. He is predeceased by his parents James and Patricia, and sisters Felicity and Christina. One of his proudest moments was becoming a citizen of the United States of America. According to his wishes, he is buried in the suit and tie he wore at his induction ceremony. Tim enjoyed golfing and playing hockey, as well as watching the Toronto Maple Leafs and Boston Bruins; for many years he loved playing in a tennis league with a wonderful group of friends. Tim was deeply dedicated to his Catholic faith and family. His greatest joy was spending time with his family, especially his grandchildren. The Coulter family is grateful for the excellent and compassionate care he received, especially the Dartmouth Hitchcock Neurology Department and the ALS Association of Northern New England. The family also wishes to thank Amedisys Hospice for their support and care during the final stage of Tim’s life. Tim wished to specifically convey his eternal gratitude and love to Dr. Elijah Stommel, nurse Cristina, physical therapist Andrea, and caregiver Elaine. Many thanks to his friends from the Post Office including Tim M, Sonia, Steve, Doug and Mark, as well as friend Russ, who made it a point to visit often. Thank you to Brian S for building his custom wheelchair ramp. Lastly, thanks to his many friends, family members and neighbors, who stopped by to bring the outside world to him. In lieu of flowers please consider a donation to the ALS Association of Northern NE or the National Shrine of Divine Mercy in Stockbridge MA. Finally, Tim asked for your prayers and Catholic Masses of Remembrance for himself and the family. A Walk Through Visitation will be held on Thursday, December 17th from 3:00pm - 6:00pm in the DUMONT-SULLIVAN FUNERAL HOME, 50 FERRY ST. IN HUDSON. A Mass of Christian Burial will be held on Friday, December 18th at St. John XXIII Parish in St. John the Evangelist Church, 27 Library St., Hudson at 11:00am. All may meet at church. Burial will take place in Holy Cross Cemetery in Hudson. Those attending any portion of the services are asked to please wear a face mask or facial covering and to please follow the social distancing guidelines in place.

The family of Timothy Coulter created this Life Tributes page to make it easy to share your memories.