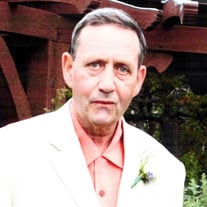 Thomas J. Lochhead, age 71, born in Nashua, NH on June 17, 1948 to the late William C. Lochhead and Leona A. (Comire) Lochhead of Nashua, passed away on Monday, May 25th, following a long battle with Early Onset Alzheimer’s Disease and eventually, Covid-19. Tom grew up in Nashua, graduating in 1966 from New Hampton School in New Hampton, NH, where he was a member of the golf and football teams. He attended the University of NH before entering the New Hampshire Air National Guard in fall of 1967, in which he becomes a Staff Sergeant. He was honorably discharged in 1973. Tom and his family lived in Hollis, NH for over 30 years. He served as a volunteer fireman for 26 years, was a past President of the Lone Pine Hunter’s Club, wherein he also served as a Hunter Safety Instructor. After living in Melvin Village, NH for several years, they moved to Pembroke, NH. He worked for Lochhead Millwork, a family business, for most of his working career. Tom had a passion for stock car and NASCAR racing (as an observer). He and his son, Greg, enjoyed several years of cart racing at Sugar Hill Speedway in Weare, NH. He is survived by his wife of 49 years, Kathleen (Wright) Lochhead of Amherst, NH, three sons, Brian Lochhead and his wife, Terri (Chalmers), of Chichester, NH, Gregory Lochhead of Wilton, NH, and John Lochhead and his wife, Heather Manning, D.V.M, of Bow, NH, four grandchildren, Gavin Lochhead and Olivia Lochhead both of Wilton, NH, William Lochhead and Ailie Lochhead both of Chichester, NH. He is also survived by his brothers, William R. Lochhead and his wife Pat of Amherst, NH and Ft. Myers, FL, Henry J. Lochhead and his wife Anita of Longmont, CO, Roger J. Lochhead and his wife Paula of Nashua, and several nieces and nephews. In lieu of flowers the family suggests donations in Tom’s loving memory to either the Hollis Fire Dept., 10 Glenice Dr., Hollis, NH 03049 or Compassionate Care Hospice, 25 Nashua Rd., Londonderry, NH 03053. Due to the current coronavirus pandemic, a private memorial service will be held graveside this summer at the Red Hill Cemetery in Moultonboro, NH. His love for his family and humor will remain with us forever in our hearts. He will be dearly missed by those who enjoyed his natural ability to make us laugh.

Thomas J. Lochhead, age 71, born in Nashua, NH on June 17, 1948 to the late William C. Lochhead and Leona A. (Comire) Lochhead of Nashua, passed away on Monday, May 25th, following a long battle with Early Onset Alzheimer&#8217;s Disease and... View Obituary & Service Information

The family of Thomas J. Lochhead created this Life Tributes page to make it easy to share your memories.