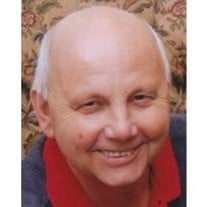 Nashua NH- Mr Thomas J Malley, 61, passed away Monday July 25, at home after a lengthy courageous battle with a terminal illness. Thomas Malley, Born October 5 , 1949, was one of 6 children of Richard and Rita (Archambault) Malley . He was predeceased by his mother Rita, brothers Robert, and Dennis and father in law Carl Porter. Tom and his wife Jean ( Porter ) were married on August 22, 1970 in Pepperell, Ma. Tom was very active within the local communities for many years. He worked for the City of Nashua for over 20 years in Building Code Enforcement and also for the Towns of Chester and Litchfield as an Inspector. He taught electrical apprentice programs at both Alvirne High in Hudson and Nashua Community College. Tom also taught Electricians the code updates that were needed for renewal of their license. He was appointed twice to the NH Board of Electricians by the governor of The State of New Hampshire and also served as a Co-Chairman and briefly as Chairman of the Board. For the Town of Hudson he also served on several Town Boards. He was a Master Electrician. Tom was a family man. He thoroughly enjoyed every opportunity he had to spend with all of his family. Some of his favorite activities included long rides with his wife Jean of over 40 years, family camping, cookouts, and celebrations. He influenced all who encountered him and will be remembered by more than can be mentioned. He is survived by his, beloved wife, Jean (Porter) Malley of Nashua NH,his father Richard Malley, sister Shirley Malley and her partner Diane, 2 brothers, Richard Malley and Michael Malley, mother in law Pat Porter, his 2 sons Christopher Malley and wife Nina (Catano) of Weare NH, son Timothy Malley and wife Melissa (Yebba) of Hudson NH, daughter Kimberly (Malley) and husband Nicholas Buccarelli of Hudson NH. He is also survived by his 3 treasured grandchildren Ava, Timmy, and Nicholas who were the light of his life, as well as several nieces, nephews, sister and brother in laws, and many more family who adored him. Visiting Hours will be held on Thurs. July 28th from 5-8pm in the DUMONT-SULLIVAN FUNERAL HOME, 50 FERRY ST., HUDSON. A Funeral Mass will be celebrated on Friday July 29th at 10am in Blessed John the XXIII parish at St. John the Evangelist Church, 27 Library St., Hudson. ALL TO MEET AT CHURCH. Burial will take place in Holy Cross Cemetery, Hudson. The family would like to extend a special heartfelt thank you to Dr. Hakimian and the staff at the Foundation of Oncology in Nashua.

Nashua NH- Mr Thomas J Malley, 61, passed away Monday July 25, at home after a lengthy courageous battle with a terminal illness. Thomas Malley, Born October 5 , 1949, was one of 6 children of Richard and Rita (Archambault) Malley . He was... View Obituary & Service Information

The family of Thomas Joseph Malley created this Life Tributes page to make it easy to share your memories.