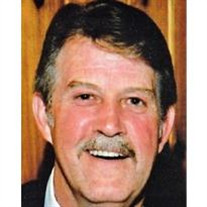 Steven Roy Prest, 62, Hollis, NH resident of 34 years died on Saturday March 12, 2011 after a hard-fought battle with lung cancer. Steven was born on March 11, 1949 son of Thomas Prest of Hyde Park, MA and the late Muriel (Stein) Prest and was the loving husband of Donna (Bastille) Prest of Hollis, NH with whom he shared 33years of marriage. Steven was 1966 graduate of Jamaica Plain High School, Boston, MA. Steven was a proud Veteran not only in the US Air Force where he served as a Munitions Specialist and in the Honor Guard (1967 - 1971), but also in the US Army National Guard in the 210th Engineers, Peterborough, NH, where he served as a Munitions Specialist, Carpenter / Mason, Construction Supervisor and in the Honor Guard (1984 - 1991). Steven was a Carpenter / Builder most of his life. The first home that he built was his own home in Hollis, NH, which his children grew up in and he still resided. Steven loved the outdoors, kayaking, music, bagpipes, world history, western films, vacationing in Bar Harbor, ME and simply spending time with family and friends. Besides his loving father and wife, Steven is survived by two sons, Thomas Prest of Hollis, NH and Matthew Prest of Dover, NH; a daughter, Stacey Prest of Hollis, NH; his only grandson, Riley Prest; a brother Albert Prest and his wife Karen of W. Roxbury, MA; a sister, Carol Roy of Roslindale, MA; In-Laws, Jan & Eli Travassos of Hudson, NH; two brother-in-laws, Ron Bastille and his wife Ann of Hudson, NH and David Bastille and his wife Cindy of Plaistow, NH; an uncle Charles Prest of Valrico, FL; an aunt, Alberta Canavan of Walnut, CA and many other aunts, uncles, nieces, nephews and dear friends. Visiting Hours will be held on Thurs. March 17th from 5-8pm in the DUMONT-SULLIVAN FUNERAL HOME 50 Ferry St., Hudson, NH. A Funeral Service will be Fri. March 18th at 10am in the Congregational Church of Hollis, 3 Monument Square, Hollis, NH. All May Meet At Church. Burial will take place at a future date.

The family of Steven Roy Prest created this Life Tributes page to make it easy to share your memories.