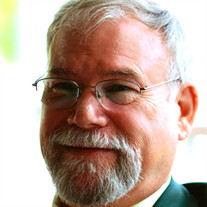 Stephen W. Thompson, 64, of Hudson, NH and formerly of Keene, NH, died Wednesday, November 19, 2014 at the Community Hospice House in Merrimack after a period of failing health. He was born August 16, 1950 in Keene, NH son of the late Willard and Molly (Warn) Thompson. Stephen was the husband of Ann (Davis) Thompson of Hudson with whom he shared 35 years of marriage. He was a 1968 graduate of Monadnock Regional High School, Swanzey, NH and a 1971 graduate of NH Community Vocational Technical College in Claremont, NH where he received an Associates Degree in Electronic Engineering. Earlier in his career, Steve was employed by American Optical in Keene, NH. He later worked for two companies in Beaverton, Oregon traveling all over the US, Japan, South America, Australia, and England repairing their industrial laser systems and fiber optic equipment. He later owned and operated Nashua Industrial Laser Corporation in Nashua, doing the same work on his own. He became known as the “go to guy” in the laser or fiber optic world when equipment needed repairing. Steve held a passion for electronics, airplanes, and was an electric gadget guru. He enjoyed gardening and spending time on his HAM radio. Steve was an avid NASCAR fan and loved nothing more than to watch it on tv with his daughter Jill and cheer on Dale, Jr., his favorite driver. Steve will be missed by all who knew him. Besides his loving wife Ann, survivors include a son; Michael Thompson of Keene, NH, a daughter Jill O’Connell and her husband Joe of Laconia, a brother; John Thompson and his wife Linda of Swanzey, NH, two sisters; Kathy Brown and her husband Ed of Rochester, NH and Dot Woodbury of Keene, NH, as well as several nieces, nephews, and cousins. Following cremation, visiting hours will be held on Monday, November 24th from 10am -noon in THE DUMONT-SULLIVAN FUNERAL HOME, 50 FERRY ST., IN HUDSON. A graveside service will follow in Hills Farm Cemetery in Hudson. In lieu of flowers the family requests donations be made in Steve’s loving memory to either St. Joseph Home Health & Hospice Care, 24 North River Road, Milford, NH 03055 or Home Health & Hospice Care, 7 Executive Park Dr., Attn: Hospice House, Merrimack, NH 03054.

Stephen W. Thompson, 64, of Hudson, NH and formerly of Keene, NH, died Wednesday, November 19, 2014 at the Community Hospice House in Merrimack after a period of failing health. He was born August 16, 1950 in Keene, NH son of the late Willard... View Obituary & Service Information

The family of Stephen Thompson created this Life Tributes page to make it easy to share your memories.