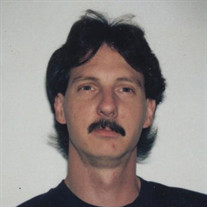 Stephen St. Peter, 54, of Litchfield, NH died at his home unexpectedly on Saturday May 6, 2017. Stephen was born in Burlington VT on August 8, 1962. He was raised in Williston VT, and then moved to New Hampshire in 1983. Stephen was adored by his very large family and had a strong sense of who he was with a well-defined sense of humor. He could be counted on to entertain when speaking. He was an accomplished athlete in track & field (records and awards), golf (hole in one), bowling (multiple 300s), softball and horseshoes. Stephen loved fast cars, motorcycles, and hunting. Stephen was a Dallas, NASCAR, Bruins, and Red Sox fan. He is survived by his loving wife, Ann St. Peter of NH; parents, Paul & Evelyn St. Peter of VT; mother-in-aw, Helen Fitzgerald of NH; theree children, their spouses and eleven grandchildren, Rob Brown, wife Emily and children Georgia, Kaden, Sawyer & Eleanor of WI, Dave Brown, wife Deanna and children Kyla, Carter, Ella, Kinley and (B)Everly of NH and Tiffanie Brown and her children Trenton & Matthew of NH; siblings are Judy Sheppard and husband Bill of FL, Mike St. Peter and wife Becky of VA, Sally Lewis and husband Jason of VT and Sandy Donlan and husband Tim of VT and literally dozens of In-Laws, nieces, nephews, cousins, and friends who are also important to Stephen including special assistant Erin who brought him much joy. Stephen will be fondly remembered and greatly missed. Visiting Hours will be held on Thursday May 11th from 4-7pm in the DUMONT-SULLIVAN FUNERAL HOME, 50 FERRY ST., HUDSON. A Funeral Mass will be celebrated the following morning at 11am in St. Francis of Assisi Parish, 9 St. Francis Way, Litchfield, NH. Burial to be held at a future date. In lieu of flowers, the family has requested that you donate to CMC, Manchester, NH whose doctors, and staff provided them with amazing care, compassion, and allowed them to be successful in their life’s journey.

Stephen St. Peter, 54, of Litchfield, NH died at his home unexpectedly on Saturday May 6, 2017. Stephen was born in Burlington VT on August 8, 1962. He was raised in Williston VT, and then moved to New Hampshire in 1983. Stephen was adored... View Obituary & Service Information

The family of Stephen Robert St. Peter created this Life Tributes page to make it easy to share your memories.