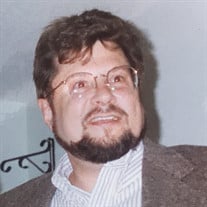 Sidney Joseph Konopka, 75, of Hudson, NH passed away January 1, 2019 at Mass. General in Boston, MA surrounded by his loving family. Sidney (Known to his family as Sid, he is commonly known by others as Joe) was born on December 5, 1943 in New Haven, CT to Thomas J. and Helen E. (Patsy) Konopka and was also predeceased by his favorite Uncle Leo Konopka. Joe graduated from North Haven High School, CT in 1962 and four years later met his wife, Fay, with whom he shared 52 years of marriage. Joe proudly served his country during the Vietnam War and dedicated 21 years of his life to the United States Air Force. Upon retirement from service, he achieved Suma Cum Laude with his Bachelor’s degree in Computer Science and enjoyed a long career as a Technical Writer beginning with Sander’s Associates in Nashua, NH and later Kollsman in Merrimack, NH; but his greatest love was his commentary writing in the local Nashua Telegraph. As the story goes, he wrote a letter to the editor so frequently that stirred up interesting observations and controversy that the editor offered him a bi-weekly column. It was his favorite pastime next to amateur bird-watching. Joe loved history and travel and learning about other countries and cultures. Aside from writing and documentaries, his hobbies included investments, oil painting and music. He could play the guitar, banjo harmonica and the accordion with ease. Joe is survived by his wife, Alice Fay (Jones) Konopka, one daughter, Latasha Konopka, and one granddaughter he affectionately called Ayke; one sister, Sally (Konopka) Sjoquist and her husband, Larry of Salem, CT; a nephew Scott and his wife Heather (Coyne) Sjoquist of Lyme, CT, many caring cousins and in-laws and his adored, faithful dogs, Mozart and Echo. In lieu of flowers, please offer a donation to one of Joe’s following concerns: Animal rescue: www.ASPCA.org Autism/ADHD: New Hampshire Family Voices; www.nhfv.org St. Jude Children’s Hospital

Sidney Joseph Konopka, 75, of Hudson, NH passed away January 1, 2019 at Mass. General in Boston, MA surrounded by his loving family. Sidney (Known to his family as Sid, he is commonly known by others as Joe) was born on December 5, 1943 in... View Obituary & Service Information

The family of Sidney J. Konopka created this Life Tributes page to make it easy to share your memories.