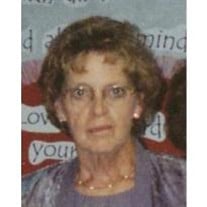 Shirley A. (Blake) Fennell, 77, of Nashua, died Thurs. June 4, 2009 at Parkland Medical Center in Derry, NH surrounded by loving family. Shirley was born on April 5, 1932 in Exeter, ME daughter of the late Dana and Beatrice ( McCotter) Shepard. Shirley is survived by a son; Brian Priest and his wife Debra of Litchfield, NH. Two daughters; Sharon Jamison and her husband Bob of Sumter, SC and Catherine Hill of Fredericksburg, VA. Two Brothers; Donald Blake of Spring Hill, FL and Carroll Blake and his wife Terry of Concord, NH. Three grandchildren; Brittany Hill of Fredericksburg, VA, Brian Jamison of Atlanta, GA and Kimberly Tomberlin of Valdosta, GA. Two great grandchildren; Madison Tomberlin and Hunter Tomberlin, both of Valdosta, GA. As well as numerous nieces, nephews, and cousins. Shirley enjoyed doing crosswords and needlework. Flowers and animals were among her loves. She always had a kind heart and enjoyed helping others. She never complained and her sense of humor was always present even throughout her illness. Most of all Shirley enjoyed spending time with her family and friends. She was loved and will be missed by every heart she ever touched. Visiting Hours will be held on Wed. June 10th from 1-3pm in the DUMONT-SULLIVAN FUNERAL HOME, 50 FERRY ST., HUDSON, with a Prayer Service Beginning at 2:30pm in the Funeral Home. Burial will be at a later date. In lieu of flowers the family has requested that donations be made to Home Health & Hospice Care, 22 Prospect St., Nashua, NH 03060.

The family of Shirley A. Fennell created this Life Tributes page to make it easy to share your memories.