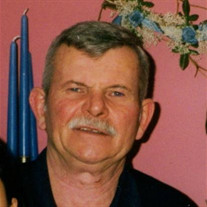 Roger Edward Gross, 78, of Litchfield, NH died Saturday, June 25, 2016 at Greenbriar Healthcare Center in Nashua. He was born May 24, 1938 in Holbrook, NY, son of the late Mary (Davies) Gross. Roger was the husband of Patricia (Hartford) Gross of Litchfield. He was a Navy Veteran and the proud organizer of the Local 282 Union for Cement Truck Drivers on Long Island. Roger was employed for many years as a tractor trailer truck driver with the US Postal Service. His hobbies included working on model rail roads, building and flying remote controlled air planes, and was a member of the Model Air Plane Club in both NH and PA. Roger loved watching the American Bald Eagles that flew the area near his home on the Merrimack River. He also enjoyed playing BINGO and joking around. Roger was also a volunteer for several years with Day Away, located in Hudson. Besides his loving wife Patricia, survivors include a son, Robert Gross of Maine, a daughter, Susan Gross of NJ, one grandchild, Gage Gross of Maine, one sister, Patricia Willis of NY, he was also the brother in law of Lorraine and Norman Wheeler and Linda and Steven Clark and also leaves many nieces and nephews. Visiting hours will be held on Wednesday, June 29th from 6pm-8pm in the DUMONT-SULLIVAN FUNERAL HOME, 50 FERRY ST. IN HUDSON. A funeral mass will be celebrated on Thursday, June 30th at 10am in Immaculate Conception Parish, 216 East Dunstable Road, Nashua. All may meet at church. A graveside service with military honors will be held at 2:30pm on Thursday in the NH State Veteran Cemetery in Boscawen, NH. All may meet at the cemetery. In lieu of flowers the family requests donations be made in Roger’s loving memory to Day Away, c/o Blessed John XXIII Parish, 121 Allds St., Nashua, NH 03060.

Roger Edward Gross, 78, of Litchfield, NH died Saturday, June 25, 2016 at Greenbriar Healthcare Center in Nashua. He was born May 24, 1938 in Holbrook, NY, son of the late Mary (Davies) Gross. Roger was the husband of Patricia (Hartford)... View Obituary & Service Information

The family of Roger Edward Gross created this Life Tributes page to make it easy to share your memories.