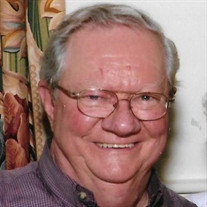 Robert “Bob” McCaffrey, 80, of Hudson, NH, died Friday, February 16, 2018 at Fairhaven Healthcare Facility in Lowell, MA, while surrounded by his loving family.  He was born April 19, 1937 in Lowell, MA, son of the late John and Katherine (Garrigan) McCaffrey. He was also predeceased by two brothers, Gerald McCaffrey and John McCaffrey. Bob was the husband of Marie (D’Arezzo) McCaffrey of Hudson, with whom he shared 59 years of marriage. He attended Lowell schools and graduated from Lowell High School in 1954. Bob later graduated from Bentley College of Accounting and Finance in 1958. He took courses at Suffolk University and also at the University of Maine in Portland.  Among his many interests, Bob loved his vegetable garden when he first moved to Hudson in 1974. He enjoyed golf, chess, cooking (especially his world famous chili), Sudoku, and attending Red Sox games. Bob loved Jazz music since he was a teenager. It was a special treat for him when he saw Count Basie and his Orchestra, Gene Krupa and his bands, as well as Louis Armstrong perform live.  Bob was employed in various Finance and Operations Management positions with Lockheed Sanders for 37 years. Following his retirement in 1999, he worked for H&R Block for seven years.  Bob and his wife Marie have four wonderful children and eight fantastic grandchildren whom he loved. He loved family dinners and cookouts. Christmas Day was very special for everyone in the family, as everyone celebrated Christmas Dinner at Bob’s home since 1963 until the beginning of his declining health in 2012.  Besides his loving wife, Marie, Bob’s loving family includes four children; two daughters, Deborah Mancini and her husband Joseph of Auburn, NH,  Linda McCaffrey of Exeter, NH, two sons, Robert S. McCaffrey and his wife Karen of Hudson, Michael McCaffrey of Nashua, eight grandchildren, Kevin Mancini and his wife Julia, Shawn Mancini, Thomas Mancini, Jesse Hardman, Stephanie Hardman, Sara McCaffrey, Alex McCaffrey, and Julia McCaffrey, one sister, Barbara Breakey of Wilmingon, MA, a sister in law, Parvin McCaffrey of Lowell, MA, and many nieces and nephews. Visiting hours will be held on Tuesday, Feb. 20th from 5pm - 8pm in the DUMONT-SULLIVAN FUNERAL HOME, 50 FERRY ST. IN HUDSON. A private service and burial will be held at a later date. In lieu of flowers the family encourages donations be made in Robert’s loving memory to the Alzheimer’s Association, 166 S River Rd #210, Bedford, NH 03110 or to https://www.alz.org/MANH/

The family of Robert P. McCaffrey created this Life Tributes page to make it easy to share your memories.