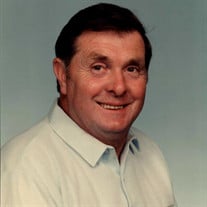 Robert “Bob” E. Lavoie, 85, of Nashua, NH, passed away on Tuesday, January 18, 2022 at Premier Health Care, the former Greenbrier, following multiple years of declining health. He was born September 24, 1936 in Nashua, son of the late Ernest and Rachel (Laquere) Lavoie. Bob was the loving husband of Sadie (Kirkorian) Lavoie of Nashua. Bob worked for Continental Homes and the Marley Company as a tractor trailer driver, prior to his retirement. He continued to work part time at Market Basket in Hudson, NH for almost 17 years. When he wasn’t working, Bob loved fishing, clam digging, bowling, gardening, picking apples and strawberries at his cousin John Lavoie’s Farm in Hollis, as well as playing games at FUNWORLD in Nashua with his great grandchildren. Bob loved picking apples for family and friends. They affectionately referred to him as “ the Apple Man.” He was loved by all who knew him and he will be greatly missed. Besides his loving wife, Sadie, Bob’s family includes his four children, Paul Lavoie and his wife Wendy, Kathy Candage, Steve Lavoie, and Kim Lavoie, as well as nine grandchildren and five great grandchildren. He is also survived by his sister, Janet Coulombe of Nashua. All services will be private.

The family of Robert Lavoie created this Life Tributes page to make it easy to share your memories.