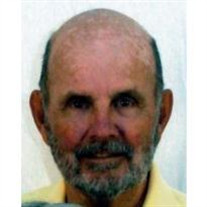 Robert Beaulieu, 76, of Derry, NH died Tuesday June 1, 2010 in Parkland Medical Center, Derry, NH surrounded by his loving family. Robert was born on Jan. 25, 1934 son of the late Armond and Marie Anna (Labranche) Beaulieu. Robert was also predeceased by his first wife, Lorraine (Clark) Beaulieu; one brother, Rene Beaulieu and his wife Carmelita and a brother-in-law, Edward Wratten. Robert was the loving husband of Bette M. (Tafe) Beaulieu, of Derry with whom he shared 29 years of marriage. Robert served in the U.S. Military honorably in Korea as a Marine and was very active throughout his life in the American Legion where he served as chaplain and as a member of the Military Honors Squad. For many years Robert was also a member of the Lone Pine Hunter's Club. He loved hunting, fishing and tinkering around the house. He and his wife enjoyed wintering in Florida. Above all was his love for his family. He will be missed by all those that knew him. Besides his loving wife, Robert is survived by several children that he raised and cared for , including a son, David R. Hogan of Hollis, NH; five daughters, Christine Rousseau and her husband Paul of Nashua, NH, Bridget Paris and her husband James of Londonderry, NH, Kathleen Theriault and her husband Peter of Merrimack, NH, Jane Leary and her husband Anthony of Winchendon, MA and Amy Landry and her husband Brian of Derry, NH; a sister Rachel Wratten of Rockville, MD; eleven grandchildren, Jennifer, Caroline, Jeremy, Kacie, Joseph, Elyssa, Kelsey, Matthew, Ian, Nathan, Mya Jo and many nieces, nephews and dear friends. Visiting hours will be on Thurs. June 3rd from 4-7pm in the DUMONT-SULLIVAN FUNERAL HOME, 50 FERRY ST., HUDSON. A funeral service will be held Friday June 4th at 10am in the Funeral Home. Public may begin to arrive at 9:30am. Burial will take place at a future date in the NH State Veteran's Cemetery, Boscawen.

The family of Robert Beaulieu created this Life Tributes page to make it easy to share your memories.