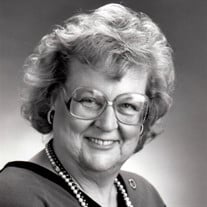 Rhona Mae (Shay) Charbonneau died on May 17, 2017, she lived a full life of 89 years. She is predeceased by her husband of over 50 years Claude Maurice Charbonneau. Rhona is survived by her children: Claudia Charbonneau Dodds, Mark Charbonneau, Rhona Wollenhaupt, Alida Charbonneau and step son Walter Charbonneau, Alida Weergang her lifelong BFF, eight grandchildren and eight great grandchildren, earning her the title “Great Grammie Rhona!” Rhona’s career started modestly in the mills of Lowell, MA and Dairy farming at her home in Hudson NH where her children were raised. Opening the first of what would be many Beauty Salons in 1964, this was the start of what is now known on Derry Street as Continental Academie. Being a proud American, in 1978 Politics brought a new passion to Rhona. She felt this was a way to give back to the community of Hudson and the state of New Hampshire that had afforded her so many wonderful opportunities. Rhona proudly was a chairwomen of many positions the following are a few: First Banking & Insurance Chairwoman, Republican State Committee Chairwoman, NH Housing & Finance Chairwoman. She was active in a vast array of political committees, advisory boards, Presidential appointed functions and task forces, in areas ranging from juvenile justice programs, child abuse, capital planning, NH Charitable Trust and more. The extension of the Manchester Airport, the purchase of Bensons and the Vocational Technical Center at Alvirne are examples of Rhona’s involvement and commitment. Rhona has been awarded the Nashua YMCA Distinguished Woman Leader, Hudson Citizen of the Year, is listed in Who’s Who of American Women and Who’s Who in Politics. In 1980 Rhona moved to her beloved “Brick House” on Old Derry Road. Her love of entertaining thrived here where she hosted many events for several Presidents, First Ladies, Governors and family! A world traveler, foodie, chef, antique car collector, a business woman; Rhona was someone who enjoyed life to the fullest. Many will recall Rhona Charbonneau as a force to reckoned with, strong, fierce, accomplished, direct, always on the phone with whoever needed to talk, and the woman to get the job done.There is so much to list and Rhona’s legacy lives on all around the town of Hudson and the state of NH. On Sunday, June 11, 2017 from 12 noon to 2pm, please join the family at Continental Academie, 102 Derry Street, Hudson, NH for a celebration of Rhonas life! Your attendance and sharing of memories will be the greatest of accolades to Rhona’s lifetime résumé. All burial and funeral services will be private. In lieu of flowers, the family suggests donations’s in Rhona’s loving memory to either: The Cosmetology Scholarship Fund, Continental Academie, Po Box 2, Hudson NH 03051 Or Hillsboro County Nursing Home, 400 Mast Road, Goffstown, NH 03045.

Rhona Mae (Shay) Charbonneau died on May 17, 2017, she lived a full life of 89 years. She is predeceased by her husband of over 50 years Claude Maurice Charbonneau. Rhona is survived by her children: Claudia Charbonneau Dodds, Mark Charbonneau,... View Obituary & Service Information

The family of Rhona M. Charbonneau created this Life Tributes page to make it easy to share your memories.