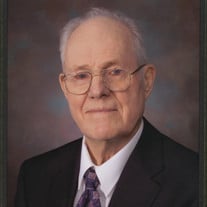 Raymond H. Doucette was born in MA on February 13, 1926 and died in his sleep in the early hours of Friday, July 24, 2015. He was predeceased by his wife, Pauline (Gauthier) Doucette and a grandson Brian Doucette. Ray had a hard childhood as his mother was chronically ill. As a youngster, he delivered ice to pay for his keep at the boys’ home. At 15, he lied about his age to join the US Air Force and fight for his country in WWII. The Air Force took him to tours in Italy and Africa, where he eventually came down with malaria. He later studied to be a Master Electrician at Lowell Tech and went on to become a member of the IBEW and was twice President of the local chapter in the 1950’s. Ray met and courted Pauline Blanche Gauthier, a secretary in the military and graduate of Juilliard in Boston, while they were stationed in Colorado Springs. They moved back to Pauline’s hometown of Nashua and were married on July 3, 1947 in St. Patrick’s Church on Spring St.. Ray helped build their large cape style family home at 13 Highland St. in Hudson. They raised four children there until 1961 when they moved to a new ranch style home at 8 Chatham St.. Ray and Pauline lived there the majority of their lives until Pauline was stricken with a rare dementia in 1997 and died after nearly 10 years of Ray’s devoted personal care in December of 2006. They had been married for nearly 60 years and after Pauline passed, Ray volunteered his time to drive her wheel chair van to transport people to appointments for the Area Agency on Canal St. in Nashua. Ray was a founding member and one of the last surviving original members of the Hudson Fish & Game Club. He helped build the current club house facility and hand painted the beautiful road sign that stood for many years to direct people from Lowell Road. Dad loved to hunt and fish and be with his family but he also had to keep busy. He did electrical work on many commercial and residential properties in Southern NH- on and off the clock. He was generous with his skills and with his time and enjoyed being helpful and appreciated. For many years, he did electrical work for Habitat for Humanity. Ray had a strong work ethic and his work was always expertly done. He was active in the Boy Scouts with his three sons and was a communicant of St. John the Evangelist Church for many years while living in Hudson. He commuted back and forth to their summer place in Wells, Maine where for many years he kept a boat and loved to fish. Dad loved to whistle and could frequently be heard whistling a happy tune with that distinctive trill made popular by singers like Bing Crosby. It was dad’s calling card, along with his smile and subtle wit. As the years caught up with Ray, he liked to say he was “over forty twice” or “89 and feelin’ fine.” He went out of his way to not burden people or to be a concern to others. In 2012 Ray’s grandson, Michael, moved back from Colorado to care for Ray and to allow for him to stay in his home as long as possible. In his last few years, he gave up his electrician’s license and cheerfully attended Day Care at Easter Seals in Manchester while living there with his daughter. He moved into the Veteran’s Home in Tilton, NH on Pauline’s birthday, August 1, 2013 where he lived until his passing. Ray is survived by his four loving children; Raymond L. Doucette of Bedford, NH, Michael G. Doucette and his wife Louise of Littleton, NH, Kenneth Doucette of Nashua, NH, Diane Moore and her husband Peter of Manchester, four grandchildren Paula Doucette, Jason Doucette, Michael Doucette, and Jenna Doucette, four great grandchildren Stephanie Doucette, Nicole Doucette, Derek Parker and James Parker. Visiting hours will be held on Tuesday, July 28th from 4pm-7pm in the DUMONT-SULLIVAN FUNERAL HOME, 50 FERRY ST. IN HUDSON. A funeral mass will be celebrated on Wednesday, July 29th at 9:30am in St. Patrick Church, 29 Spring St., Nashua. All may meet at church. Burial will be in St. Patrick Cemetery in Hudson. In lieu of flowers the family encourages donations be made in Ray’s loving memory to the Greater Nashua Habitat for Humanity, PO Box 159, Nashua, NH 03061.

Raymond H. Doucette was born in MA on February 13, 1926 and died in his sleep in the early hours of Friday, July 24, 2015. He was predeceased by his wife, Pauline (Gauthier) Doucette and a grandson Brian Doucette. Ray had a hard childhood... View Obituary & Service Information

The family of Raymond Doucette created this Life Tributes page to make it easy to share your memories.