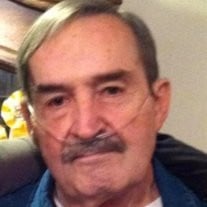 Paul D. Thorn, 72 of Litchfield, died Tuesday September 17, 2013 at the Catholic Medical Center in Manchester. He was born December 18, 1940 in Boston, MA, son of the late Harold and Frances (Dunn) Thorn. He was also predeceased by a sister, Lynn Trainor. Paul was the loving husband of Donna (Hodgkins) Thorn of Litchfield with whom he would have shared 50 years of marriage this November 3rd. Paul was employed for many years as an executive with Digital Equipment Corp., where he traveled the world. Following his retirement, he enjoyed working on his farm in Litchfield. He was a devoted family man who was always approachable and gave great advice. Paul’s noble ways will be greatly missed by all who knew him, and, and, and....... Besides his loving wife Donna, survivors include three daughters; Tracy McMurray and her husband Ryan of Hudson, Lisa Shattuck and her fiancé Doug Freeman of Litchfield, Sandra Stohl and her husband James of Litchfield, five grandchildren; Kara Brennan and Shannon Brennan both of Hudson, Kelly Shattuck, James Stohl, and Sydney Stohl all of Litchfield, four sisters; Marcia Zacheis and her husband David of Oregon, Hilda Conley and her husband Robert of Weymouth, MA, Carol Abrams and her husband Doug of Cincinnati, OH, Cynthia Hatfield and her husband Robert of Westerly, RI, as well as many nieces, nephews, cousins, and friends. Visiting hours will be held on Friday Sept. 20th from noon-2pm & 6pm-8pm in THE DUMONT-SULLIVAN FUNERAL HOME, 50 FERRY ST. IN HUDSON. A prayer service will take place on Saturday Sept. 21st at 10am in the funeral home. All may meet at the funeral home at 9:45am. Burial will be in St. Patrick Cemetery in Hudson. In lieu of flowers the family encourages donations be made in Paul’s loving memory to the NH Equine Humane Assoc., PO Box 572, Laconia, NH 03246.

Paul D. Thorn, 72 of Litchfield, died Tuesday September 17, 2013 at the Catholic Medical Center in Manchester. He was born December 18, 1940 in Boston, MA, son of the late Harold and Frances (Dunn) Thorn. He was also predeceased by a sister,... View Obituary & Service Information

The family of Paul Thorn created this Life Tributes page to make it easy to share your memories.