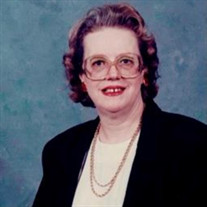 Patricia Raymond passed away on March 29th 2022 after a long illness. She was 83 years old. To say that she lost the battle would be wrong, because she never really stopped fighting. Born in Lancaster PA, raised on a farm and educated in the big city (Philadelphia) Patricia was recognized as a young lady with many virtues and talents, including; staring as a Drum Majorette in her high school, tending a working farm with her grandparents, teaching Sunday School and assisting patients in her Grandmother’s assisted living home. In 1957 she married the love of her life; Arthur G. Raymond Sr. They were married for 51 years until he predeceased her in 2008. She is survived by her four children, Arthur G Raymond Jr, Andrew (and Georgie) Raymond, Alan Raymond and Dominique (and Paul) Stevens. She is also survived by her loving grandchildren whom she often boasted about: Somantha (and Angel) Cedeno (Sofia, Andrea and Cruz), Arthur G. Raymond III, Cameron Raymond, Anthony (and Jossy) Raymond, Jordan (and Laura Raymond (Levi)) Tanner Raymond, Miles Raymond and Elgin Raymond. She is also survived by her sister Rosemary Frechette and sister in law Patricia Bonner and numerous nieces and nephews. She was predeceased by her wonderful mother Helen Tabbutt and father Charles Bonner, her brother David Bonner and Brother-in-law; Louis Frechette. Patricia was a fixture in the volunteer circuit of Nashua. She was an active supporter and role player in the First New Hampshire Regiment, Co-Chairwoman of the Nashua Bicentennial Committee, Chairwoman of the local chapter of the National Association of the Physically Handicapped, active member of the Daughters of the American Revolution holding many leadership positions over the years, and especially for the New Hampshire based Services for Blind, as a mentor and leader. She was a champion for independent seniors and independence for the vision impaired. She has worked as an Outreach Specialist in the Employment and Training field for New Hampshire Job Training for over 15 years assisting thousands of people in need. Patricia’s inspiration as a vision impaired mother raising three behaviorally challenged children (and one good one) while earning her associates degree and running a busy household manifested itself as a Boy Scout Mom, Band Mom, and in her status as family matriarch and moral north star. She was a voracious, lifelong reader, making it from “A” through “M” of the Philadelphia Public Library. Additionally she enjoyed music and dance, participating in line dances at the Senior Center. Her wisdom, her counsel, her humor and her love will be deeply missed by all who had the advantage in life of knowing her. A time of visitation will be held on Monday, April 4th from 4pm -5:30pm with a Service of Remembrance taking place at 5:30pm in the Dumont-Sullivan Funeral Home, 50 Ferry St., in Hudson, NH. Following cremation, burial will be private. In lieu of flowers the family encourages donations be made in Patricia's loving memory to Future In Sight at https://futureinsight.org an organization that assists those with visual impairments.

Patricia Raymond passed away on March 29th 2022 after a long illness. She was 83 years old. To say that she lost the battle would be wrong, because she never really stopped fighting. Born in Lancaster PA, raised on a farm and educated in the... View Obituary & Service Information

The family of Patricia Irene Raymond created this Life Tributes page to make it easy to share your memories.