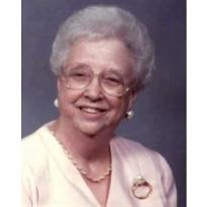 Mildred “Millie” McCoy, 88, of Hudson died Tuesday, January 6, 2009 at St. Joseph Hospital in Nashua surrounded by her loving family. She was born February 20, 1920 in Nashua, daughter of the late Norman and Ethel Mary (Smith) Wheeler. She was predeceased by her husband Ernest McCoy in 1979. She was also predeceased by a daughter; Nancy Jean McCoy and a grandson; Brian McCoy. Millie was employed for many years with a variety of Nashua merchant’s, including Martha’s Sweet Shop, Amy’s Dress Shop and Miller’s. She later became a receptionist at Dr. Von Oldenburg’s in Nashua. In her earlier years, she enjoyed being a Life Guard at the Nashua YMCA. Millie loved to volunteer; whether it was as being a Girl Scout leader, teaching religious education at the Hudson Community Church, being a grade school tutor, or spending time at St. Joseph’s Hospital, she found great joy in helping others. She was also a member of the American Legion Women’s Auxiliary. Survivors include three sons and two daughters in law; Tom and Nancy McCoy of Meredith, NH, Dana McCoy of Hudson, and Norman and Jan McCoy of Hudson. Two brothers and a sister in law; Richard Wheeler of Hudson and Norman and Ann Wheeler of Concord. An uncle, Paul Wheeler of Hudson. As well as 6 grandchildren, 13 great grandchildren, and several nieces, nephews, and cousins. Visiting Hours will be on Fri. Jan. 9th from 2-4pm & 7-9pm in THE DUMONT-SULLIVAN FUNERAL HOME, 50 FERRY ST., IN HUDSON. A Funeral Service will take place on Sat. Jan. 10th at 10am in The Community Church of Hudson, 19 Central St., in Hudson. A Spring Burial will take place in Westview Cemetery in Hudson. In lieu of flowers the family requests donations be made in Millie’s loving memory to the non-profit charity founded in her grandson’s name; The Brian McCoy Alvirne Scholarship Fund, 100 Ferry St., Hudson, NH 03051

Mildred “Millie” McCoy, 88, of Hudson died Tuesday, January 6, 2009 at St. Joseph Hospital in Nashua surrounded by her loving family. She was born February 20, 1920 in Nashua, daughter of the late Norman and Ethel Mary (Smith) Wheeler. She... View Obituary & Service Information

The family of Mildred "Millie" McCoy created this Life Tributes page to make it easy to share your memories.