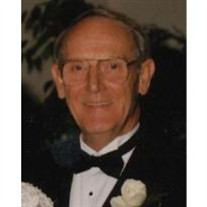 Mick Mawn, 74 of Hudson, passed away peacefully and gracefully, Saturday March 10, 2012 in Nashua surrounded by his loving family. He was born May 26, 1937 in Mattapoisett, MA son of the late Ernest and Doris (Woodward) Mawn. He was also predeceased by his wife, Patricia (Cody) Mawn, his high school sweetheart, who he married on September 27, 1958. Mick was raised in Dorchester, MA and graduated Dorchester High School in 1954. Following graduation, he enlisted in the Navy and proudly served as a Communications Technican within the Naval Security Group, he retired as Chief Petty Officer in June 1974. In those 20 years, he served at multiple duty stations including Morocco, California, Maryland, Puerto Rico and Virginia. His sea duty included tours on the USS Salem, USS North Hampton, USS Corporal, USS FD Roosevelt, and USS America. Following his honorable discharge he was employed as a Security Manager at Sanders Assoc. / BAE Systems, until his retirement in 2002. During this time, Mick received his B.S. in Business Management from NH College and an MBA from Hesser College. Mick had a "Irish" sense of humor and found ways to charm all who had the pleasure of his company. He was a talented artist who enjoyed doodling, cartooning, painting pumpkins for his grandchildren and spending time with his family. Mick also found great enjoyment in his Friday morning breakfasts at Suzie’s Diner with the ROMEO’S. His loving family includes two sons Michael Mawn and his wife Christine of Tewksbury, MA, Kevin Mawn and his wife Denise of Nashua, a daughter Kathleen Cote and her husband Joey of Goffstown, NH, seven grandchildren Anne, Catherine, Cody, Connor, Colleen, Devin and Ryan. His sister Doris Melvin of California, and numerous cousins, nephews and nieces. As well as Mick’s beloved dog, Maggie. Happy St. Patrick's Day, Dad & Safe Home, Pop. All visitation services will be private. A burial in the NH State Veteran Cemetery will take place at a later date. In lieu of flowers the family encourages donations be made in Mick’s loving memory to the Oncology Dept., St. Joseph Hospital, 172 Kinsley St., Nashua, NH 03060.

Mick Mawn, 74 of Hudson, passed away peacefully and gracefully, Saturday March 10, 2012 in Nashua surrounded by his loving family. He was born May 26, 1937 in Mattapoisett, MA son of the late Ernest and Doris (Woodward) Mawn. He was also... View Obituary & Service Information

The family of Mick Mawn created this Life Tributes page to make it easy to share your memories.

Mick Mawn, 74 of Hudson, passed away peacefully and gracefully,...