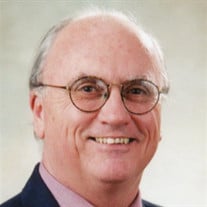 Michael A. Militello, Sr. 69 of Hudson, NH died April 18, 2017 @ home.  He was born in Detroit, MI the biological son of the late Avenella (Crager) Militello-Gozzard & Harry Gozzard; Michael was raised by his adoptive parents the late Antonio & Mary Militello of Gloucester, MA. He was predeceased by step sister Anita (Militello) Roberts & step brother Anthony Militello. Michael taught at the former Hesser College for 21 years.  He worked at a local high school for 44 years, most recently as Guidance Counselor. Over the years he had various positions @ this school as asst. principal, teacher, director of summer school, director of admissions & held a support group for teens that had lost loved ones. In 2014 he was one of five in the northeast to receive “Counselor of the Year” recognition. He graduated from Gloucester High, attended Boston University for three years then graduated from Suffolk University in Boston, MA.  He graduated from Rivier University with a MA in counseling & psychotherapy.  He was a National Board Certified hypnotherapist. He was working on certification in Thanatology @ the National Center of Death Education in Newton, MA. For a number of years he was in private practice with Dr. Bob Blakslee as a psychotherapist. Michael was a lover of birds, some would eat out of hand; he enjoyed their tapping on the window when they ran out of food. He was an extreme New England Patriots fan, & an avid reader. He is survived by his wife of 48 years, Susan Madonna, son Michael, Jr. & his wife Karla, their four children Anazarina, Sabrina, Michael, III, Tedy & a large extended family. We wish a special “thank you” to Steve & Virginia Marino, Shirley & Ray Breslin, & Jane Conway for all the support & love they supplied during the completion of Michael’s “circle of life”—we love you! A visitation period will take place at St. Katherine's Church, 4 Dracut Rd., Hudson, NH on Sunday April 23, 2017 from 7:30pm - 8:30pm with a Funeral Mass being celebrated the following morning at 11am in St. Katherine's church with burial to be held at a later date.

The family of Michael Anthony Militello created this Life Tributes page to make it easy to share your memories.