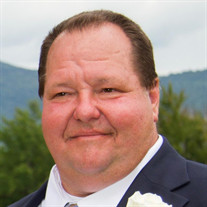 MATTHEW M. PETZ, 50 Matthew M. Petz, 50, of Nashua, NH, beloved husband and best friend of Denise (Poulin) Petz for 30 years, passed away peacefully on Wednesday, October 19, 2016 surrounded by his family – those with whom he laughed, for whom he lived, and whom he loved with his whole heart. He was predeceased by his parents, Raymond J. Petz III of Detroit, MI, and Margaret (Colbert) Petz, of Pepperell, MA, and his “brother” Barry Palmer of Amherst, NH. Matt was a lifelong resident of Nashua, NH. He graduated from Nashua Senior High School in 1984. He was co-owner of Petz Brothers Drywall since 1991, with his younger brother Joseph Petz, and was also co-owner of Exit 28 Pizza, Campton, NH, since 2012, with his son Matthew Petz. For ten years, Matt was an active member of International Harvester Collectors Club, New England Chapter 18, for which he was President from 2013 until his death. He enjoyed coaching Nashua Blast Lacrosse for several years. Matt lived for his family and loved spending a great deal of time at his “barn” up north, surrounded by his wife, all of his children, friends, and relatives. Besides his wife Denise, Matt is survived by his daughter Kesley and son-in-law Shawn Fitz of Nashua; three sons, Matthew and daughter-in-law Candace (Howes) Petz of Plymouth; Spenser and James, both of Nashua; and one grandchild, Matthew Petz of Plymouth. He is also survived by his two sisters, Patti Gray and her husband Joseph of Tilton, Mary Petz of Belmont, and two brothers, Raymond and his wife Diane of Nashua, and Joseph and his wife Debra of Merrimack, as well as nieces, nephews, aunts, uncles, cousins, and many lifelong friends. Visiting hours will be held on Wednesday, October 26th from 4pm-7pm in the DUMONT-SULLIVAN FUNERAL HOME, 50 FERRY ST. IN HUDSON. A Service of Remembrance will be held in the Funeral Home beginning at 7pm that night. All are welcome. In lieu of flowers, scholarship contributions can be made to: Chapter 18 – Scholarship. In the memo line, please specify Matthew Petz Scholarship. Contributions should be mailed to: Donna Callahan-Treasurer, 201 Oak Street, Franklin, MA 02038.

MATTHEW M. PETZ, 50 Matthew M. Petz, 50, of Nashua, NH, beloved husband and best friend of Denise (Poulin) Petz for 30 years, passed away peacefully on Wednesday, October 19, 2016 surrounded by his family &#8211; those with whom he laughed,... View Obituary & Service Information

The family of Matthew M. Petz created this Life Tributes page to make it easy to share your memories.