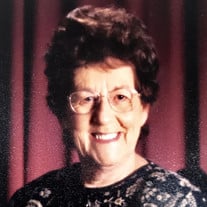 Marthe H. (Schilling) Bedard of Nashua, NH passed away Sunday November 25, 2018 surrounded by her family at the Community Hospice House in Merrimack, NH after a brief illness. Marthe was born to Evariste and Berthe (Therien) Schilling in Montreal Canada on May 30, 19?? (a woman never divulges her age) where she lived through her early 20’s until moving to the United States to attend school at St. Joseph Hospital to become a Medical Laboratory Technician. There she met, and eventually married, Albert Bedard with whom she celebrated 29 years of marriage prior to his passing in 1984. Marthe worked as a Medical Lab Technician at St. Joseph’s Hospital for several years, even assisting in a leukemia research study, until the birth of her children. For a time she worked as a translator for Rosetta Stone. She eventually returned full-time to the workforce working in the billing department at Community Council of Nashua until her retirement. Though she eventually became a naturalized citizen of the United States, Marthe never lost her love of all things French and took great pride in her mastery of the French language. She loved when people spoke to her in French - so long as it was the “Parisian French”. She relished every opportunity she had to visit Canada and even France with family or friends. Marthe was very proud of all her children and grandchildren and would speak of their accomplishments (some times embellishing them a bit) to anyone who would listen. She was a “hands on” grandmother, given the special name of “Gui”, who enthusiastically attended recitals and athletic events (even those she could not see) and could be persuaded to do almost anything with her grandchildren - and was even recently caught bouncing on a trampoline with two of them! Aside from her family, Marthe had a large circle of friends and was out and about with them almost everyday remaining very active in her community. In spite of her visual impairment she maintained her own apartment and relished her independence. Marthe was predeceased by her parents and her husband as well as siblings Madeleine Schilling, Claire (Schilling) Guinan, Pierre Schilling and Therese (Schilling) Larochelle. She is survived by two daughters, Madeleine Bedard Ryan and her husband George of Glen, NH, Marie Bedard of Franklin, NH, a son Billy Bedard and his wife Joyce of Candia, NH. She is also survived by grandchildren Kristin Bastille (and partner Mike Testa), Jonathan Bastille, Grace Ryan, Timothy Ryan, Taylor Tucker, Gabriela Bedard and Kathryn Bedard as well as her cat Minou. She was a long time friend of Bill W. Visiting Hours will be held on Sunday December 2nd from 5-8pm at the DUMONT-SULLIVAN FUNERAL HOME, 50 Ferry St., Hudson, NH. A Funeral Mass will be celebrated the following morning beginning at 10am in St. Kathryn's Church, 4 Dracut rd., Hudson. ALL TO MEET AT CHURCH In lieu of flowers the family has requested that donations be made to either New Hampshire Association for the Blind, 25 Walker St., Concord, NH 03301 or Community Hospice House in Merrimack, c/o Home Health and Hospice Care, 7 Executive Park Dr., Merrimack, NH 03054.

Marthe H. (Schilling) Bedard of Nashua, NH passed away Sunday November 25, 2018 surrounded by her family at the Community Hospice House in Merrimack, NH after a brief illness. Marthe was born to Evariste and Berthe (Therien) Schilling in Montreal... View Obituary & Service Information

The family of Marthe Bedard created this Life Tributes page to make it easy to share your memories.