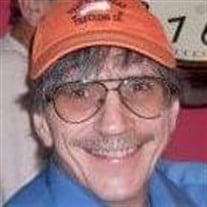 After a lengthy battle with cancer, Mark Sassak died on April 3, 2016 in Nashua, NH at the age of 58 surrounded by his loving family. He leaves behind his wife, Laura Sassak (Ritz); his daughters, Jennifer 29, Sarah 26, Katherine 24 and Samantha 14; Mark was born on December 27, 1957 in Scranton, Pennsylvania, to father John Sassak and mother Josephine Sassak (Ragona), who predeceased him. Mark grew up in a military family, and lived in Spain and on Kwajalein Island during his childhood. The family settled in Hudson, NH in the late 1960’s. He graduated from Alvirne High School in 1975. He received a full academic scholarship to Penn State, where he was a participant in the ROTC. He later enlisted in the United States Air Force. He was honorably discharged on June 8, 1978. Mark married Laura Ritz on May 4, 1986. They raised their four children in Nashua. Mark was a driven professional, starting his own furniture moving company. He then changed careers and spent most of his life driving tractor trailers for companies such as Martin Brower and US Foods. He enjoyed fishing, going to concerts, and playing with his two grandchildren, Curtis, 6 and Madeline 5. Mark was an avid fan of the Grateful Dead. Mark and his wife followed the band up and down the east coast, attending over 500 concerts, Mark is survived by his wife and children, as well as his brother, David Sassak; his sister in law Carolyn Sassak, his niece Kellsey Sassak and numerous cousins, and lifelong friends. He is preceded in death by his parents. Mark requested to be cremated. A celebration of life will take place on Saturday April 9, 2016 from 11AM until 4PM at the White Birch Catering and Banquet Hall, 222 Central St, Hudson, NH 03051. The family would especially like to thank Diane, Mark’s hospice nurse, for her excellent work and loving care; and the Dumont Sullivan Funeral Home, for making the arrangements. In lieu of flowers, please send a donation to The American Cancer Society.

After a lengthy battle with cancer, Mark Sassak died on April 3, 2016 in Nashua, NH at the age of 58 surrounded by his loving family. He leaves behind his wife, Laura Sassak (Ritz); his daughters, Jennifer 29, Sarah 26, Katherine 24 and Samantha... View Obituary & Service Information

The family of Mark Sassak created this Life Tributes page to make it easy to share your memories.

After a lengthy battle with cancer, Mark Sassak died on April...