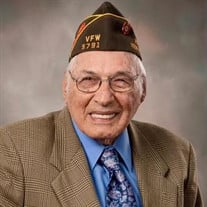 Manuel Biskaduros, 92 of Hudson, NH passed away peacefully at home with family on February 8th, 2022, at home. He was born on May 13, 1929, in New York, NY. He was the oldest son of the late Nicholas Biskaduros and Catherine (Polipne) Soucy.  Manuel attended Nashua NH High School. He is the beloved husband of Evelyn Ruth (Farrington) Biskaduros with whom he shared nearly 67 years of marriage. Manuel was a decorated war veteran attaining the rank of Master Sergeant and served a tour of duty on the front lines in the Korean War for the US Army infantry. He was later honorably discharged from the Army Reserve in 1962. Manny (as he was known by friends and family) was an accomplished expert in many trades and fields during his long working life, including plumber, electrician, machinist and overall handyman for several institutions including Hitchiner, Malden Mills, Coca Cola, Royal Business forms to name a few. He was also well known for his selfless dedication to serve and help others through volunteer work in organizations such as The American Legion, The Order of the Cooties, The VFW (holding titles of Post Commander, Chaplain, Vice Commander, and Post Service Officer), as an instructor at NH Fish & Game, as well as consistent volunteering at the VA Hospital. In addition to the volunteer work, Manny enjoyed many activities including playing cribbage at the VFW, collecting blue willow dishware & antiques, and refinishing furniture. His favorite pastime though was simply spending time with his wife, family, friends and walking his cherished dog Daisy. Manny is survived by his loving wife Evelyn Ruth (Farrington) Biskaduros, his sisters Mary (Biskaduros) Zaremba, Irene (Biskaduros) Daly and Adrienne (Biskaduros) Maillet; his four children, son Leonard Biskaduros & wife Paula (Storey) Biskaduros of Weare, NH, son Matthew Biskaduros & wife Christine (Rola) Biskaduros of Hong Kong, daughter Melanie (Biskaduros) Larson & husband Glenn Larson of Bedford, NH, and son Nicholas Biskaduros & wife Angela (Fontaine) Biskaduros of Hudson, NH; his eleven grandchildren Tiffany Maznek, Alexandrea Biskaduros, Manuel Biskaduros, Nikos Biskaduros, Adrienne Biskaduros, Ethan Biskaduros, Sara Larson, Kyle Larson, Truman Larson, Isabel Biskaduros, and Ava Biskaduros; and his two great-grandchildren Ivan and Boone Maznek. He was also predeceased by his brother, John Biskaduros A time of visitation will be held on Tuesday, February 15th from 4pm-6pm Dumont-Sullivan Funeral Home, 50 Ferry Street Hudson, NH. All those attending services inside the funeral home are required to wear a face mask or facial covering. Burial with Military Honors will be held on Thursday, February 17th at 10am at the New Hampshire State Veterans Cemetery, 110 Daniel Webster Highway, Boscawen, NH. All may meet at the cemetery. In lieu of flowers, the family is asking for donations in Manny’s memory to Honor Flight New England and may be found at www.honorflightnewengland.org

The family of Manuel Biskaduros created this Life Tributes page to make it easy to share your memories.

Manuel Biskaduros, 92 of Hudson, NH passed away peacefully at...