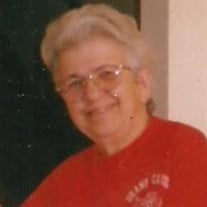 Lucille “Lu” Yvonne (Bernard) Hebert, 96, of Nashua, NH, died peacefully on Monday, December 27, 2021 at her residence in Nashua.  She was born November 25, 1925, in Nashua, daughter of the late Dosithe and Regina (Desmaris) Bernard. She was also predeceased by her husband of 50 years, Marcel Hebert in 2000. Lucille was also predeceased by three brothers, Brother George Ernest Bernard S.C., George “Jake” Albert Bernard and Roland E. Bernard.  Lucille was a lifelong resident of Nashua and Merrimack. She graduated from St. Louis De’ Gonzagues High School for Girls in 1944. In her youth, she was a proficient softball player and candlepin bowler.  She married Marcel Hebert on June 17, 1950 and was the owner of Hebert’s Market on the corner of Kinsley and Liberty Streets from 1952 - 1962.  Lucille worked at many local establishments including Roland’s Variety and Nashua Gummed & Coated Paper Company, affectionately known as the Card Shop and later becoming Nashua Corp. She owned other businesses including her own cleaning service and sewing alterations.  Lucille enjoyed following the many Boston sports teams, particularly the Red Sox, who rewarded her loyalty with their 2004 Championship. She was an accomplished cribbage player who enjoyed making crossword and jigsaw puzzles. She enjoyed summer visits to Hampton Beach and Plum Island in Salisbury, MA. She was a lifelong birder.  Survivors include three children, Marc Hebert and Elaine Hebert, of California, Carl Hebert of Massachusetts, a grandson, Christian B. Hebert of California, two sisters, Therese Smith of Pennsylvania and Irene Bathalon of Maine as well as several nieces, nephews and cousins.  A Graveside Service will be held on Monday, January 3rd at 10am in St. Louis Cemetery, 752 West Hollis St., in Nashua. All may please meet at the cemetery. In lieu of flowers the family encourages donations be made in Lucille’s loving memory to St. Joseph Hospital Oncology Dept., care of St. Joseph Hospital Resource Development, 172 Kinsley St., Nashua, NH 03061 and/or Home, Health & Hospice Care 7 Executive Park Drive Merrimack, N.H. 03054.

The family of Lucille Hebert created this Life Tributes page to make it easy to share your memories.