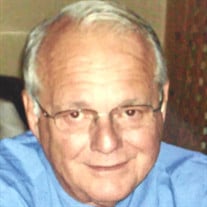 Louis (Lou) Thibodeau , 71 of Windham, N.H. left this life, Sunday, June 19, 2016 at Lahey Clinic in Burlington, MA., after a brief illness. At the time of his passing, he was comforted by his Wife, Nancy and his daughter, Laura at his side. Lou was born in Nashua, N.H. on August 31, 1944 and attended Nashua schools, graduating Nashua High School, class of 1963. While in high school, Lou was a three sport athlete, playing baseball, football and track where he set the state record at the time in the javelin event. Following high school, Lou proudly served his country with the U.S. Army during the Vietnam era and was stationed in Germany for two years, where he was honorably discharged with the rank of Sergeant. Upon his return from military service, he earned an associate degree in Business from Hesser College and began a career at Nashua Corporation, where he worked for 41 years. Beginning as a Lab Tech and ending as a Purchasing Manager and Director of specialty paper sales. He was an ardent sports fan, loyally following the New England Patriots and Boston Red Sox and he coached Little League baseball and Pop Warner football for many years As an adult, he was an outstanding softball player, known for his playing ability at 3rd base and his penchant for hitting home runs. Loved to fish, especially tarpon fishing in Islamorada, Fl., which he frequented often. Lou taught many of the family’s children how to fish at his lakefront home. At the end of the day, he would take all of them for a pontoon boat ride on Cobbetts Pond, allowing each one an opportunity to be the captain of the boat for a portion of the ride. They will all miss Uncle Lou. Lou was predeceased by his father, George Thibodeau, his mother, Theresa Thibodeau, brothers, George Thibodeau Jr. and Brian Thibodeau. He is survived by his loving wife, Nancy who was his constant companion and best friend. He was a beloved father to his two children, daughter, Laura Archer, his adoring granddaughters, Shelby and Chelsea Archer who know him as Grandpa Lou and his son Daniel Thibodeau. Members of his family include his loving brother, Paul Thibodeau, and his wife Merita, their son, Aaron Thibodeau, Sisters, Carita Harr and her husband Lee, their two sons, Chris Riendeau and Todd Riendeau, Pamela Riendeau and her husband Denis and daughters, Kendra Belanger, Taylor Riendeau. and son, Nicholas Riendeau, Melissa O’Connor and her husband, John and grandson, Nolan, Matthew Caron and his wife Carolyn. Numerous nieces, nephews, grandnieces/nephews and longtime friends and colleagues. .He will truly be missed by all, but never forgotten. Funeral service will be celebrated at Immaculate Conception Church, 216 East Dunstable Rd. beginning at 10am Monday June 27th. In lieu of flowers, the family has requested that donations be made to the Nashua Soup Kitchen.

Louis (Lou) Thibodeau , 71 of Windham, N.H. left this life, Sunday, June 19, 2016 at Lahey Clinic in Burlington, MA., after a brief illness. At the time of his passing, he was comforted by his Wife, Nancy and his daughter, Laura at his side.... View Obituary & Service Information

The family of Lou Thibodeau created this Life Tributes page to make it easy to share your memories.