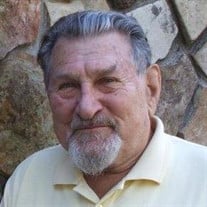 Lionel R. Boucher of Hudson, NH died Friday, April 5, 2019 at his home surrounded by his loving family. Lionel was born on February 9, 1931 in Hudson, NH son of Armand and Anna (Charest) Boucher. Lionel was self-employed as a General Contractor and Land Developer in both Hudson and Windham, NH, served as the first building inspector for the Town of Hudson and was Secretary and Chairman of the Budget Committee for many years. He taught Vocational Education at Londonderry High School and was a Maintenance Consultant for the Londonderry, NH School District. He also served as Chairman of the Advisory Board for Vocational Agriculture at Alvirne High School. At the state level Lionel served as a NH State Representative, was on the Board of Governors for Post-Secondary Vocational Education and was a member of the State Council for Vocational Tech. Education. Lionel was very civic minded throughout his life and was involved in many other local and state committees and organizations too numerous to mention. Lionel was a man of many talents and interests. In addition to being a Master Craftsman, he enjoyed theatre and acting and was an active member of the Actorsingers of Nashua, NH for many years. He had a beautiful tenor voice and was a member and director of the choir at St. John the Evangelist parish in Hudson, NH and sang at many weddings and other events in his younger years. He loved poetry and could recite from memory, including the works of Shakespeare and Kahlil Gibran. He was an avid hunter and fisherman and enjoyed spending time at his camp in Denmark, ME and his home in Englewood, FL. Above all else, Lionel loved and cherished his family and he will be remembered for his strength, positive attitude and “big” personality and missed deeply by all those that were blessed to have him in their lives. Lionel is survived by his loving and beloved wife of 63 years Dorothy A.(Polak) Boucher of Hudson, NH;  his daughter and son-in-law Nanette and David Constant of Windham, NH;  three sons; Lionel D. Boucher and partner Gary Binette of Fort Lauderdale, FL, Eric Boucher of Windham, NH, and Daniel Boucher of Hudson, NH; grandchildren; Jonathan Constant, Christina Constant, Nicole Boucher, Alexandria Boucher; granddaughters–in-law Sintra Constant and Hilary Constant and great-granddaughter Mildred “Millie” Constant; three sisters; Annette Johnson of Salem, NH, Jeannette Marvell and husband Richard of Hollis, NH, and Clarice Dearborn and husband Gerald of Hudson, NH; many cousins, nieces, and nephews; lifetime friend Amedee Desmarais; and his beloved pup Missy. Lionel was also predeceased by his sister Theresa (Boucher) Hanson, and brothers  Roger Boucher and Gerald Boucher. Services to be held at a future date.

Lionel R. Boucher of Hudson, NH died Friday, April 5, 2019 at his home surrounded by his loving family. Lionel was born on February 9, 1931 in Hudson, NH son of Armand and Anna (Charest) Boucher. Lionel was self-employed as a General Contractor... View Obituary & Service Information

The family of Lionel R. Boucher created this Life Tributes page to make it easy to share your memories.