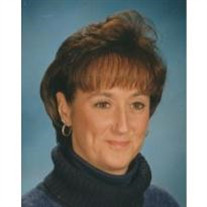 Linda Drinkwater, 51 of Hudson died Wednesday April 14 2010 at the Merrimack Valley Hospice House in Haverhill, MA following a lengthy and courageous battle with cancer. She was born October 8, 1958 in Everett, MA daughter of Lillian (Batchelder) Richards of Hudson and the late Richard Farrell who died in 1967. She was also predeceased by her step-father, Edmund Richards, who helped raise her. Linda was the wife of Richard Drinkwater of Hudson. Linda was a paraprofessional at Nottingham West School in Hudson and was previously a paraprofessional at Library Street School, also in Hudson. She enjoyed gardening, crafting, and travelling to the beach. She will be remembered as a loving, caring, and devoted mother and wife. Besides her loving husband and mother survivors include three sons; Christopher Drinkwater, Corey Drinkwater, and Casey Drinkwater all of Hudson. Two sisters; Jackie Canelas, and her husband Brian, of Easton, NH. Patti Barry, and her husband John, of Hudson. A mother in law; Irene Harper of Wilmington, NC. A brother in law; Robert Drinkwater of Middleboro. Two sisters in law; Suzanne Morrison, and her husband Robert, of Billerica, MA, Nancy Haradon, and her husband Robert, of Wilmington, NC. As well as several nieces, nephews, cousins and many dear friends. Visiting Hours will be held on Friday, today, April 16th from 5-8pm in THE DUMONT-SULLIVAN FUNERAL HOME, 50 FERRY ST., IN HUDSON. A Funeral Mass will be celebrated on Sat. April 17th at 10am in Blessed John XXIII Parish, St. John the Evangelist Church, 27 Library St., Hudson. All May Meet At Church. Burial will be in St. Patrick Cemetery in Hudson. In lieu of flowers the family requests donations be made in Linda’s loving memory to Home Health Foundation Family of Agencies, 360 Merrimack St., Bldg. 9, Entrance I, Lawrence, MA 01843.

The family of Linda Drinkwater created this Life Tributes page to make it easy to share your memories.