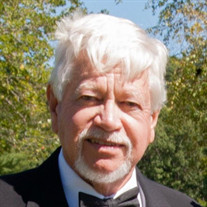 Lester Robert Blanchard, 71, lost his long and courageous battle with cancer on Monday, July 2nd, in his home surrounded by his loving family. Born December 18th 1946, in Manchester, NH, Les was educated in Manchester schools and, upon graduation, enlisted in the Airforce where, as a Sargeant, he served two tours of duty in Vietnam. When he returned from his service, he enrolled and graduated from Keene State College with a BS in Education and then received an advanced degree in Automotive Technology. He taught Automotives at the Sununu Youth Services Center and at the Manchester School of Technology. In October of 1986, Les followed his dream of becoming an entrepreneur and established Morall Brake in Nashua, NH. He moved his business to Hudson, NH in 2006 where it is still operational under his son, Tyler Blanchard. He enjoyed providing automotive services to the community and formed long lasting relationships with his many customers. Les was an avid Harley Davidson fan and enjoyed boating, fishing, and camping with his family. He relished both the open road and the serenity of being on the water. A man of many interests, by far his greatest pleasure was spending time with his children engaging in simple family activities. He is survived by his son, Tyler Blanchard, his daughter, Courtney Blanchard-Burns, son-in-law Tom Burns, his step-daughter, Jessica English, son-in-law Mark Somerset, and their mother Joan Blanchard. He is also survived by his siblings, Roland Blanchard of Manchester and Darlene Gelinas, of Florida. Visiting Hours will be held on Monday July 9th from 5-8pm in the Dumont-Sullivan Funeral Home, 50 Ferry St., Hudson. Burial will take place the following morning at 11am in the NH State Veterans Cemetery in Boscawen, NH.

Lester Robert Blanchard, 71, lost his long and courageous battle with cancer on Monday, July 2nd, in his home surrounded by his loving family. Born December 18th 1946, in Manchester, NH, Les was educated in Manchester schools and, upon graduation,... View Obituary & Service Information

The family of Lester Robert Blanchard created this Life Tributes page to make it easy to share your memories.