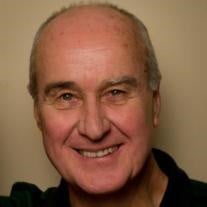 Leroy J. Salisbury Jr., 72, of Hudson, NH died on January 18th, 2013 having passed softly, surrounded by his loving family. Leroy was born on February 29, 1940, the son of the late Leroy J. Salisbury Sr. and Viola M. (Dupre) Salisbury. He was raised in Cranston, RI. He shared 51 years of marriage with his high school sweetheart, Rosalie F. (Mayer) Salisbury. Leroy spent his professional career as an Electrical Engineer, having earned a bachelors degree from URI and a Masters degree from Marquette University. He was employed at Raytheon, Missile Systems, in Bedford, MA for 30 years. Leroy and Rosalie lived in Westford and Ashburnham, MA, before settling in Hudson, NH. Leroy enjoyed the outdoors, Nascar, vacationing in Maine and backyard bird watching. He enjoyed working with his hands, doing woodworking and mechanical projects. He served as his neighborhood Association President. He was generous and always willing to lend a helping hand. Leroy is survived by his loving wife Rosalie, and his three children: Jean Locicero and her husband Robert of Huntington, VT and their sons Anthony and Daniel; David Salisbury of Randolph, NH; and Robert J. Salisbury and his daughters Victoria and Elizabeth Stewart, and his son Robert J. Salisbury, Jr of Hudson, NH; his sister Catherine Giuliano of Salem, NH; his brother Joseph Salisbury of Grants Pass, OR. He had many other dear family and friends. He was predeceased by his brother Arthur. In lieu of flowers the family has requested that donations be made to the NH Audubon Society, 84 Silk Farm Rd., Concord, NH 03301.

The family of Leroy J. Salisbury Jr. created this Life Tributes page to make it easy to share your memories.