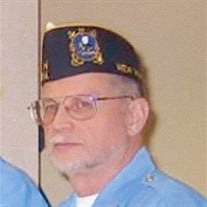 Leonard Wallace Szugda, 70, passed away following a lengthy illness on Wednesday, May 14, 2014 at Greenbriar Terrace Nursing Home in Nashua, NH. He was the son of the late Chester J. and Florence (Holbrook) Szugda. Lenny was born in Melrose, MA. He moved to Hudson, NH in his youth and was a 1962 graduate of Alvirne High School. He was also a graduate of Nathaniel Hawthorne Business College and NH Vocational Technical College. Lenny worked as a surveyor for Ned Spaulding in Hudson, for Dana F. Perkins, Inc., Civil Engineering in Tewksbury, MA, and operated his own business as L.W. Szugda & Sons. He worked over 30 years for the civil engineering firm of Alan Swanson, Inc., later Hayner / Swanson, Inc. in Nashua in various capacities, retiring in 2010 as manager of the CAD Dept. He was a proud six year veteran of the Navy Seabees, stationed in Davisville, RI, Guantanamo Bay, Cuba, and Brunswick, ME. Lenny also served a tour of duty with MCB7 in Vietnam in 1966-1967, stationed in Phu Bai/ Hue. Lenny was a member of the NH Navy Seabee Veterans Island X-4, Laconia, where he served two terms as Island Commander, and also served as Vice-Commander. He was the editor of the Island X-4 Newsletter for several years. He was also a life member of the Vietnam Veterans of America and a life member of the American Legion Post 13 Greenville, NH. His interests included his various military associations, working on computers, enjoying the company of his precious dogs over the years, and spending as much of his time as possible in the White mountains, which he loved and planned to move to after his retirement. Lenny is survived by his wife, Margo Szugda, three sons: Mark Szugda of Hudson, John Szugda and David Szugda both of Orlando, FL, a daughter, Janet O’Kelley of Sylva, NC, a stepdaughter, Marina Greene of Bow, a stepson, MSgt Robert Takacs, USMC Ret., of Bartlett, a brother, Chester Szugda of Derry and several grandchildren, nieces, and cousins. The family wishes to give special thanks to their friends and former co-workers who have been amazingly supportive during Leonard’s illness. The family would like to express their deepest gratitude to the exceptional staff at Greenbriar, Building 3 East. Visiting hours will be held on Tuesday May 20th from 10am-11:30 am with a Service of remembrance at 11:30 in the DUMONT-SULLIVAN FUNERAL HOME, 50 FERRY ST. IN HUDSON. A graveside service will take place at 2:30pm in the NH State Veterans Cemetery, 110 DW Hwy in Boscawen. All may meet at the cemetery. In lieu of flowers the family encourages donations be made to the NHVH Resident Benefit Fund, NH Veteran Home, 139 Winter, St., Tilton, NH 03276.

Leonard Wallace Szugda, 70, passed away following a lengthy illness on Wednesday, May 14, 2014 at Greenbriar Terrace Nursing Home in Nashua, NH. He was the son of the late Chester J. and Florence (Holbrook) Szugda. Lenny was born in Melrose,... View Obituary & Service Information

The family of Leonard Szugda created this Life Tributes page to make it easy to share your memories.