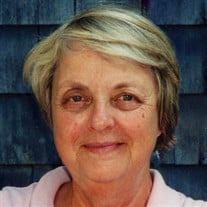 Leona Alfreda Dolloff, of Hudson NH, passed away peacefully at her home on January 4, 2018, at the age of 81.  She was born December 17, 1936 in Waltham, MA, to Roland and Theresa (Richard) Rousseau. Leona was predeceased by her parents and two brothers Roland and Richard Rousseau. She is survived by her husband Peter G. Dolloff, whom she married on September 10,1960, at St. Charles Church in Waltham, MA, as well as her three sisters Eva Walsh, Janice Byrne, and Frances Minderlein. She is also survived by her son Peter Dolloff and his wife Laura, of Bethlehem, NH; her son H. Francis Dolloff and his wife Pamela of Concord, NH; her son Christopher Dolloff and his wife Theresa, of Manchester, NH; her daughter Jennifer Dolloff and her husband Richard Zampieri, of Brookline, NH; and her daughter Elizabeth Grundhoefer and her husband Michael, of St. Paul, MN.  She will be dearly missed by her 11 loving grandchildren and who called her “Nana”: Ashley (Dolloff) Stiles, Stephanie Dolloff, Brittany Dolloff-Lowney, Samantha (Dolloff) Sanchez, Adam Dolloff, Michele Palazzo, Sarah Dolloff, Isabella “Bella” Zampieri, Giovanni “John” Zampieri, Anna-Beth and Theresa “Tess” Grundhoefer, and 7 great grandchildren whom she referred to as “The Greats”; Nathaniel, Eva, Matthew, Dayana, Walter, Bentley, and Rosamond.   Leona graduated from St. Charles High School in Waltham, MA in 1954; she became a registered nurse after graduating from St. Elizabeth’s School of Nursing, in 1957. She received a Bachelor of Science degree from Boston College in 1960. She graduated as a Gerontological Nurse Practitioner in 1976 from the University of Lowell, and earned a Masters of Science in Nursing from the University of Lowell in 1977.  She worked in several hospitals as a staff nurse before becoming an influential and respected nurse educator. She taught at Lowell General Hospital School of Nursing, Middlesex Community College, and most recently New Hampshire Technical Institute (NHTI).    Leona was an avid quilter and member of the Hannah Dustin Quilt Guild, the NH Modern Quilt Guild, and the Sqanicook Colonial Quilt Guild, of Townsend, MA. She was a longtime member of the Hudson Community Club. Leona was appointed to the Parish Council and taught CCD at St. John’s the Evangelist, in Hudson, NH. She was proud of her Canadian heritage, and loved traveling with Peter through Elderhostel and Road Scholars. Throughout her life Leona cultivated and enjoyed a rich circle of friends. With an open heart and a welcoming smile she touched many, even those she only knew briefly. She will be dearly missed. Visiting hours will be held on Tuesday, January 9th from 4pm - 7pm in the Dumont-Sullivan Funeral Home, 50 Ferry St. in Hudson, NH. A funeral mass will be celebrated on Wednesday, January 10th at 10am in St. John XXIII Parish at St. John the Evangelist Church, 27 Library St. in Hudson. All may meet at church. Burial will be private. In lieu of flowers, donations may be made to Doctors Without Borders, the international medical humanitarian organization, at www.doctorswithoutborders.org.

Leona Alfreda Dolloff, of Hudson NH, passed away peacefully at her home on January 4, 2018, at the age of 81.  She was born December 17, 1936 in Waltham, MA, to Roland and Theresa (Richard) Rousseau. Leona was predeceased by her parents and... View Obituary & Service Information

The family of Leona Alfreda Dolloff created this Life Tributes page to make it easy to share your memories.

Leona Alfreda Dolloff, of Hudson NH, passed away peacefully at...