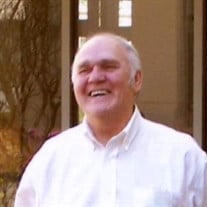 Leon M. (Martin) Doerr, Jr., entered into eternal rest on Friday, April 17, 2015  at St. Joseph Hospital in Nashua, NH after a lengthy period of declining health.  The family would like to take this opportunity to thank the doctors and nurses in the ICU wing for all of their care, compassion, dedication and professionalism.    Leon was born in Yonkers, NY on June 28, 1938 to the late Catherine Hawrylak Doerr and Leon M. Doerr, Sr.  He was the second of seven children and attended local schools.   At the age of 17, Leon proudly joined the National Guard – 101st Signal Battalion to be followed by an enlistment in the US Marines Corps.  He was honorably discharged and was awarded the Good Conduct Medal.  As a Marine, he saw active duty during the crises in Beirut, Lebanon.  Upon his discharge, he returned to Yonkers and was employed as a bus driver.    Leon relocated to New Hampshire over 30 years ago.  He thoroughly enjoyed living in the Granite State and made many friends.  His special friend, John “Big John” Wolczok pre-deceased him.  John and his wife Cheryl and family provided support and help whenever necessary.  Many a happy holiday dinner was spent at the Wolczoks.  We wish to thank Robert Rodrigue for his support and compassion during Leon’s years of declining health.  Leon’s many close neighbors and friends always looked in on him, never forgot him, included him in holiday celebrations, and treated him like a member of their family.  Apologies are made to those to whom this obituary may have overlooked.    Surviving members of Leon’s family include his children:  Lisa Best, Gloria Johanning, Diane Lechner and Leon Doerr.  His surviving siblings include:  Barbara Doerr Friedman (Harold), Arthur F. Doerr (Christine) and Thomas John Doerr (Lynda E.).  The following siblings pre-deceased him:  Robert Paul Doerr (Ellen), Kay Frances Cipolla (Tom), and Dennis James Doerr.  In addition, Leon is survived by many grandchildren, nieces and nephews.    Visitation in New Hampshire will be held on Monday, April 20th from 4pm - 6pm at DUMONT-SULLIVAN FUNERAL HOME, 50 FERRY ST. IN HUDSON. Leon will be returned to Yonkers, NY to be buried at Gate of Heaven Cemetery in Hawthorne, NY.

Leon M. (Martin) Doerr, Jr., entered into eternal rest on Friday, April 17, 2015  at St. Joseph Hospital in Nashua, NH after a lengthy period of declining health.  The family would like to take this opportunity to thank the doctors and nurses... View Obituary & Service Information

The family of Leon Doerr Jr. created this Life Tributes page to make it easy to share your memories.