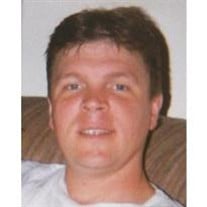 Leonard “Lenny” Turgeon, 46 of Hudson, NH died Monday December 13, 2010 at his residence following a brief illness. He was surrounded by his loving family. He was born November 23, 1964 in Lowell, MA son of Normand and Alice (Morrissette) Turgeon of Litchfield, NH. Lenny was the husband of Nancy (Dejongh) Turgeon of Hudson with whom he shared 25 years of marriage. He was employed for several years with DPS Decco Inc. Lenny was very active in his children’s ice hockey, whether it was practice or a game, he was there for them. He also enjoyed fishing and was a lifelong fan of the Bruins, Red Sox and Patriots. Besides his loving wife Nancy and his parents Normand and Alice, survivors include his son Jared Turgeon and his daughter Rebecka Turgeon both of Hudson. Four brothers and three sisters in law, Raymond and Evelyn Turgeon of Dracut, Denis Turgeon of Pepperell, Richard and Collette Turgeon of Dracut, Marc and Cheryl Turgeon of Deerfield, NH. Three sisters and two brothers in law Diane and David Beaudoin of Industry, ME, Renee and Richard Bursey of Chelmsford, and Janet Turgeon and her significant other Bill Hrubes of Hudson. A mother in law and a father in law Peter and Elizabeth Dejongh of Lady Lake, FL. A sister in law Carol Silva of Douglasville, GA and brother in law Peter Dejongh of Ames, IA. As well as many dear nieces, nephews, cousins and friends. Visiting Hours will be held from 5pm-8pm on Wed. Dec. 15th in the DUMONT-SULLIVAN FUNERAL HOME, 50 FERRY ST. IN HUDSON. A Prayer Service will be held on Thurs. at 10am in the funeral home. All May Meet At 9:45am. Burial will be in Hills Farm Cemetery in Hudson. In addition or in lieu of flowers, please consider donations in Lenny’s loving memory to The Leukemia & Lymphoma Society, Donor Services, P.O. Box 4072, Pittsfield, MA 01202.

Leonard “Lenny” Turgeon, 46 of Hudson, NH died Monday December 13, 2010 at his residence following a brief illness. He was surrounded by his loving family. He was born November 23, 1964 in Lowell, MA son of Normand and Alice (Morrissette)... View Obituary & Service Information

The family of Lenny Turgeon created this Life Tributes page to make it easy to share your memories.