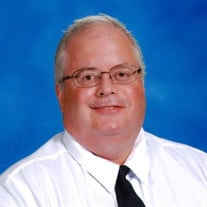 Kevin M. Nute, 55, of Hudson, NH, died peacefully on Sunday, July 3, 2016 at Massachusetts General Hospital in Boston, MA, surrounded by his loving family. He was born September 9, 1960 in Nashua, son of the late Charles and Frances (Bibeau) Nute.  Kevin was the husband of Debbie (Duston) Nute of Hudson, with whom he shared 31 years of marriage. He was a graduate of Bishop Guertin High School, Class of 1978, and a graduate of WPI where he earned a Bachelor’s Degree in Electrical Engineering. He later received his Master's Degree in Electrical Engineering from Northeastern University. Kevin was employed with Sanders / BAE for 15 years. Because of his love for math and bright personality, he later pursued teaching and tutoring math in both the towns of Litchfield and Kingston. Kevin also enjoyed spending every Sunday with his family, playing cribbage and hearts. Besides his loving wife Debbie, survivors include a daughter, Elizabeth Nute of Merrimack, NH, a son, Brian Nute and his fiancée  Michelle Tremblay of Somerville, MA, two brothers, William Nute and his wife Susan of East Hampstead, NH, Stephen Nute and his wife Lisa of Hudson, NH, as well as many nieces, nephews, and cousins.  Visiting hours will be held on Thursday, July 7th from 5pm - 8pm in the DUMONT-SULLIVAN FUNERAL HOME, 50 FERRY ST., IN HUDSON. A funeral mass will be celebrated on Friday, July 8th at 10am in Blessed John XXIII Parish at St. John the Evangelist Church, 27 Library St., in Hudson. All may meet at church. Burial will be held in St. Patrick Cemetery in Hudson, following mass. In lieu of flowers, the family requests donations be made in Kevin’s loving memory to the Leukemia and Lymphoma Society at https://donate.lls.org/lls/donate

The family of Kevin Nute created this Life Tributes page to make it easy to share your memories.