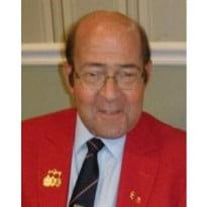 Kenneth R. Mason, 64, of Hudson, died peacefully on Thursday, September 16, 2010 at Southern New Hampshire Medical Center, after a long and courageous battle with cancer. He was surrounded by his family as he left this world. Ken was born on October 10, 1945 in Norwalk, CT. He was pre-deceased by his mother Frances Ellen (Lussier) Wiley, and stepfather James Wiley. Ken was educated in schools in New York, Connecticut and Vermont, graduating from Arlington Memorial High School in Arlington, Vermont in 1963. After high school he enlisted in the Air Force and was a veteran of the Vietnam War. When he completed his tour of duty he married his high school sweetheart, Ann Brush, who was by his side for the past 42 years until his death. Ken received his associates degree in EEE Engineering from Wentworth Institute. His entire work career was spent as an engineer working for AT&T/Bell Labs in North Andover, MA. He retired after working for them for 26 years. Upon retirement he went into the travel business for 6 years, and retired again as part owner of a travel agency. In 1982 he joined the Hudson Lions Club and remained an active member until his death. He advanced through the club office roles and was President for 2 different terms in 1990-91 and in 2003-04. He was active on multiple committees and fundraising projects and was instrumental as one of the organizers of the Hudson Lions Bingo at Kiwanis Hall in Hudson. In addition to being active at the local level, Ken was active in Lions in District 44H attaining the rank of District Governor in 1996-97. One of his proudest accomplishments as Governor was the dedication of the One on One Building for campers at Lions Camp Pride, a camp for physically and emotionally challenged children. He was active in the Twin State Soccer Program with the Lions of Vermont for many years serving multiple terms as a director for the program, as well as being a past president of the organization. For his involvement at the local and state level, Ken was honored as a progressive Melvin Jones Fellow, as well as a Granite State Fellow. He also received many accolades and awards for his service and leadership from Lions Clubs International. In addition to his community involvement, Ken enjoyed woodworking and was an avid sports fan, who especially enjoyed watching his favorite team, the Red Sox. He is survived by his wife, Ann Mason, son Scott Mason, his wife Lisa and grandson Konnor of Brighton, MA, daughter Carrie Mason of Manchester and a sister, Dale Wood, of Arlington, VT. He also has a stepbrother, James of Colorado and a stepsister Candace of Vermont. There are no visiting hours. A memorial service will be held at the Main Street United Methodist Church, 154 Main St., Nashua on Monday, September 20th at 2pm. In lieu of flowers, donations may be made to the Hudson Lions Club, PO Box 3, Hudson, NH 03051 or the American Cancer Society, 2 Commerce Dr., Ste 110, Bedford, NH, 03110.

Kenneth R. Mason, 64, of Hudson, died peacefully on Thursday, September 16, 2010 at Southern New Hampshire Medical Center, after a long and courageous battle with cancer. He was surrounded by his family as he left this world. Ken was born... View Obituary & Service Information

The family of Kenneth Raymond Mason created this Life Tributes page to make it easy to share your memories.