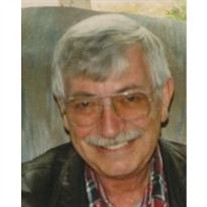 Joseph L. Roux, 75 of Nashua, and longtime resident of Westford, MA, died Sunday July 12, 2009 at his residence in the care of his loving family. He was born January 24, 1934 in Lowell, son of the late Paul J. and Virginia (Jalbert) Roux. He was also predeceased by his wife, Marie Roux in 2006. Joe was a graduate of Westford Academy, Class of 1953 and later graduated from Worcester Junior College and later took continuing education courses at Bentley College, Northeastern University, and NH College. He was a U.S. Navy Veteran from 1951 thru 1955 and served aboard the USS Sunbird ASR 15 Submarine. Joe was a self employed accountant since 1975 and prior to that was an accountant with various local accounting firms. He was devoted to his faith and was a parishioner of St. Patrick’s Church in Nashua. Joe was active in many organizations throughout his years, including; VFW Post 483, Elks Lodge #720, American Legion Coffey Post 3, the Lafayette, Franco American Club of Forge Village, and the CCA Club of Lowell. Mr. Roux wanted to express a special thanks to Celia, RN, and Chawn, from Hospice, as well as others from Hospice Care for all their love and understanding. Also, love and gratitude to Ann as well as John and Cheryl and LeeAnn Masson for their support. Survivors include his son and a daughter in law; William and Susan Roux of Las Vegas, NV. A daughter and a son in law; Cheryl and John Masson of Westford, MA. 5 Grandchildren; Cara, Erin, and Julia Masson all of Westford. Paul Roux and Catherine Swedin of Nevada. As well as a great grand daughter; Emerie Swedin of Nevada. Visiting Hours will be on Wed. July 15th from 5-8pm in THE DUMONT-SULLIVAN FUNERAL HOME, 370 MAIN ST. IN NASHUA. A Funeral Mass will be celebrated on Thurs. at 10am in St. Patrick’s Church, 29 Spring St., in Nashua. All May Meet At Church. Burial will be in Holy Cross Cemetery in Hudson. In lieu of flowers the family encourages donations to Home Health & Hospice Care, 22 Prospect St., Nashua, NH 03060.

Joseph L. Roux, 75 of Nashua, and longtime resident of Westford, MA, died Sunday July 12, 2009 at his residence in the care of his loving family. He was born January 24, 1934 in Lowell, son of the late Paul J. and Virginia (Jalbert) Roux.... View Obituary & Service Information

The family of Joseph L. Roux created this Life Tributes page to make it easy to share your memories.

Joseph L. Roux, 75 of Nashua, and longtime resident of Westford,...