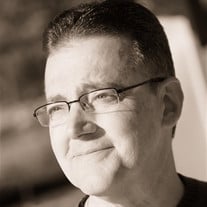 Joseph “Joe”, “Joey”, “Mitchell” Anthony Mitchell, age 68, of Nashua, New Hampshire, passed away peacefully on Tuesday July 25, 2017 at the Community Hospice House in Merrimack, New Hampshire after a 23-year battle with prostate cancer. He is survived by his beloved wife Madonna (Jenkins) Mitchell of Nova Scotia, Canada, with whom he recently celebrated his 46th wedding anniversary. Joe was born December 18, 1948 in Cambridge, Massachusetts, to Anthony and Mary Mitchell and was an only child. He graduated Rindge Latin Technical School in 1966 and went on to earn an Engineering degree from Northeastern University in Boston. Joe had 45 years of experience in the automotive industry and was well accomplished and respected by those he worked with. He started his career in 1970 at Boston Volvo and also worked Peter Hallissy Chevrolet in Chelmsford, MA and 1400 Motors in Lowell, MA. His last 25 years were spent at Sunnyside Acura in Nashua, New Hampshire as General Manager and Vice President. He regarded the team at Sunnyside Acura as family and, through his leadership, they achieved many accolades together. Joe loved helping others and supported numerous causes in and around the Boston area both personally and professionally. He led a prostate cancer support group at Southern New Hampshire Medical Center for 15 years. Joe served as a member of the State of New Hampshire New Motor Vehicle Arbitration Board, representing dealers across the state. He enjoyed many years with the Toastmasters Club. He was a member of the Rotary Club of Nashua West and he supported the Meals on Wheels program. He was an accomplished pilot and loved flying; he frequently flew Cessna aircraft out of Nashua Airport – Boire Field. He was health conscious and enjoyed exercising at the gym, running, and biking. He came to love Cape Cod during his childhood, especially Hyannis, Massachusetts, and continued to be drawn back there throughout his life, more recently sharing that love with his two grandchildren, Jonah and Sydney. He also had fond memories of the many miles driven and time spent with in-laws in Sydney Mines, Nova Scotia, Canada. Family was the most important thing to Joe. He loved spending time with his wife, children, and grandchildren; he cherished his role as grandfather, affectionately known as Grampy. He is also survived by his daughter Stacey Renee (Mitchell) Keumurian, her husband Stephen and their two children Jonah Joseph and Sydney Elizabeth of Tyngsborough, Massachusetts; and his son Jeffrey Joseph Mitchell of Nashua, New Hampshire. In addition he is survived by many loving members of the McIntyre family of Manchester, New Hampshire; the Clarkson family of Southern California; the Jenkins family of Nova Scotia, Canada; and the Antonelli family of the Boston area. He also leaves behind many friends and neighbors who he cared for deeply. In lieu of flowers, memorial donations may be made to Community Hospice House of Merrimack New Hampshire, 210 Naticook Rd., Merrimack, NH 03054. The family wishes to extend their gratitude to everyone at the Community Hospice House. Thank you to all who have called, visited, and supported our family.

The family of Joseph A. Mitchell created this Life Tributes page to make it easy to share your memories.