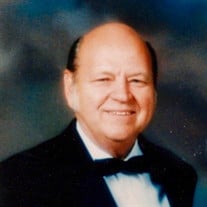 Joseph J. Kopka, Died on May 14th 2017, age 85, of Hudson, N. H.   He was born in Nashua on May 12, l932, son of the late Joseph J. Kopka and Alice (Williams) Kopka Smith. He was predeceased by his two sisters, Barbara Susalka and Carol Martin.   He was a communicant of St. John The Evangelist Church in Hudson where he served as an usher and Eucharistic Minister. He was a graduate of Nashua High School where he lettered in football and baseball. He also studied at Wentworth Institute, Salem State, Lowell Tech, and Fitchburg State colleges. Prior to his retirement from Kon-Sult, Inc., the business he founded in 1973, he was employed by Raytheon Mfg. of South Lowell, Mass. for 15 years and Bronze Craft Corp. for 7 years.   He belonged to the American Legion, and was a member of SPEBSQSA since 1955.  He served as musical director of the Granite Statesmen Chorus of Nashua and had been the last surviving Charter Member. Joe was also the musical director of the Queen City Harmonizers Barbershop Chorus in Manchester, NH. He sang baritone with the Adventurers quartet since 1963. He served 4 years as Chief of the NEWCANEWENG Tribe, the Northeastern District’s honor society. He was named Northeastern District’s Barbershopper of Distinction in 2008.   He served in Korea in the U.S. Army, 2nd Infantry Division as a platoon leader and Battalion Communications Officer, and after his return to civilian life was commanding officer of Battery B, 398th AAA Bn. Army Reserve unit in Nashua. Captain Kopka was awarded the National Defense Service Medal, The Korean Service Medal, the United Nations Service Medal, as well as numerous commemorative and marksmanship medals. He is survived by his wife of 62 years, Shirley (Poulin) Kopka of Hudson, 2 sons, Kenneth Kopka and his wife June of Hudson, Dana Kopka and his wife Roberta of Nashua, his daughter Diane Fortin and her husband Michael of Hudson. In addition, he is survived by his 6 granddaughters, Cynthia and her husband Dan Voit, Kimberly and her husband Tom Febonio, Jennifer and her husband Michael Williams, Stacey and her husband Mathew Raymond, Kendra Kopka, Nicolette Fortin, one grandson, Jarred Isaac, and 7 great grandchildren, Logan, Myles, Alexandra, Ariana, Owen, Keegan and Ava, several nieces and nephews, and 4 Godchildren. Visiting hours will be held on Thursday, May 18th from 4pm - 8pm in the DUMONT-SULLIVAN FUNERAL HOME, 50 FERRY ST. IN HUDSON. A Mass of Christian Burial will be held on Friday, May 19th at 10am at St. John XXIII Parish, in St. John the Evangelist Church, 27 Library St., in Hudson. All may meet at the church. In lieu of flowers, the family asks you to please consider a donation to: Harmony Foundation, International, 110 Seventh Avenue North, Suite 200, Nashville, TN 37203.

The family of Joseph John Kopka Jr. created this Life Tributes page to make it easy to share your memories.