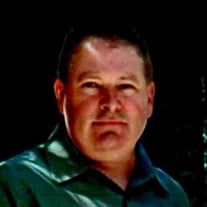 Joseph P. Bourque, 56, of Litchfield, NH passed away unexpectedly on Monday, May 17th 2021 after a brief illness with his daughter by his side.   He was born in Worcester, MA on August 3, 1964. Joe is survived by his father, Ronald Brown and long-time partner Sue Allen of Nevada. Joe was predeceased by his mother, Lorraine Brown as well as by his brother Michael and sister Wendy. Joe was previously employed at Barlo Signs International in Hudson, NH for over 20 years. He will be most remembered for his sarcasm and joking personality.  He would spend most of his free time fishing, going on long motorcycle rides, attending his grandchildren’s baseball games and most recently, Logan’s hockey activities.  In addition, he took great pride in teaching his grandson Austin how to drive.  Joe was a long time NE Patriots fan and was always seen sporting Patriots gear.  He also had a great passion for NASCAR and rarely missed a race.  He will be mostly missed by his dog and sidekick Brady; who never left his side.  Joe is survived by his daughter, Wendy Martineau and her husband Brad, of Nashua, NH, his son Joseph Bourque and his wife Tiffany of Allenstown, NH and five grandchildren.  He held a special place in his heart for his grandsons, Austin and Logan, with whom he created lasting memories with. Joe also leaves his siblings:  Mary Ludvigson and her husband Mark of Arizona, Jody Howard and her husband Dan of Massachusetts and several nieces and nephews. Joe is also survived by his former wife Karen.  Visiting hours will be held on Monday June 14th from 4pm - 6pm in the Dumont-Sullivan Funeral Home, 50 Ferry St., in Hudson, NH. This will be a traditional visitation with masks and / or facial coverings optional by all in attendance. In lieu of flowers, the family encourages donations in Joe’s loving memory to the Humane Society for Greater Nashua at www.hsfn.org

Joseph P. Bourque, 56, of Litchfield, NH passed away unexpectedly on Monday, May 17th 2021 after a brief illness with his daughter by his side.   He was born in Worcester, MA on August 3, 1964. Joe is survived by his father, Ronald Brown and... View Obituary & Service Information

The family of Joseph Bourque created this Life Tributes page to make it easy to share your memories.