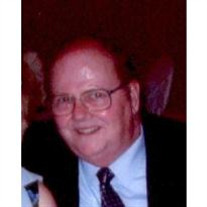 John J. “Jack” Dunn, Jr., 67, of Nashua, NH died Sunday Oct. 26 2008 at Tufts Medical Center in Boston, MA following a brief illness. He was born April 21, 1941 in Boston, son of the late John J. and Ethel G. (McGonigle) Dunn, Sr. Brought up in Lynn, MA, Jack was a Class of 1959 graduate from St. Mary’s Boys High School in Lynn. He earned the achievement of Eagle Scout and joined the U.S. Navy, having served on the guided missile cruiser USS Springfield. Upon discharge from the service he pursued his education and received an undergraduate degree from Northeastern University and an MBA from New Hampshire College (currently known as University of Southern NH). On June 6, 1964 he married his high school sweetheart, Mary V. (Murphy) Dunn, in St, Joseph’s Church in Wakefield, MA and had resided in Nashua together for over 30 years. He worked for Sanders Associates for over 25 years, Mitre Corp. and Textron Corp. prior to his retirement from BAE Systems in 2002. He was a member of the Nashua Elks Lodge #720, American Legion Coffey Post, Rise and Shine Investment Club, Member and Past President of Border City Squares, and the Lafayette Club. Jack also enjoyed square dancing, camping, traveling, being on his computer, and all things Scottish. Besides his loving wife Mary, survivors include his daughter and a son in law; Kathleen and Arthur Lennerton of Norwell, MA. A son and a daughter in law; John and Lynn Dunn of Nashua. Four grandchildren who were the apples of Grandpa’s eye; Allyson and Samantha Lennerton and Kyle and Conor Dunn. A brother and a sister in law; Daniel and Jacqueline Dunn of Somerset, MA. Brothers and sisters in law; Patrick and Eileen Hayes of North Hampton, MA, Robert and Diane Murphy of Nashua, Ruth Murphy of Merrimack, NH. As well as many nieces, nephews, and cousins, as well as many dear friends and neighbors. Visiting Hours will be on Wed. Oct. 29th from 4pm – 8pm in the DUMONT-SULLIVAN FUNERAL HOME, 50 FERRY ST., IN HUDSON, NH. A Funeral Mass will be celebrated on Thurs. Oct. 30th at 10am in ST. Patrick Church, 29 Spring St., Nashua. All may meet at the funeral home at 9:15am. Burial will be in ST. Patrick Cemetery in Hudson. Friends may consider donations in Jack’s loving memory to the American Lung Assoc., 20 Warren St. Suite 4, Concord, NH 03301.

The family of John J. "Jack" Dunn, Jr. created this Life Tributes page to make it easy to share your memories.