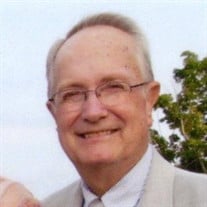 On January 23, 2017, John Morey, 69, from Merrimack NH, passed away due to multiple myeloma.  He courageously fought the disease for 3.5 years with a stem cell transplant and 2 clinical trials.  John was the son of Dr John and Helen Morey of Plum Island.  He was born in Haverhill MA and moved to Salem NH as a youngster.  He enjoyed spending every summer at his grandparent’s cottage on Plum Island until his marriage in 1970. John graduated from Woodbury High School in 1965 and Keene State College in 1969.  Following graduation, he entered the banking profession as a bank teller with Bay State National bank and later as a manager of Bank of NH.  He eventually retired from TD bank as an assistant vice president of branch auditing. As a child, he was introduced to roller stating.  He continued this passion until he entered college.  Twice John participated in the US Roller Skating Championships.  During college John enlisted in the Air Force National Guard at Pease Air Base.  He earned the rank of Staff Sergeant. Following college, he married Nancy Burns in 1970.  His greatest joy was the birth of his son, Devin.   He took an active role in raising him and was a proud father as he matured and married Dr Elena Castellanos Rizaldos.  John swelled with pride when his granddaughter Carla was born.  There is nothing like being a grandfather! John was a member of the Christian Science Mother Church.  He was treasurer and on the board of directors for the John O’Leary Community Center.  He also held a position on the Merrimack Budget Committee.  He actively pursed his auditing career by being a member of the Certified Bank Auditors and the Bank Auditors Institute. He is survived by his wife of 46 years, Nancy.  He also leaves his devoted son, daughter in law, and little princess, Carla.  He is remembered with love by mother in law Pat Jewett and step mother in law Mary Jane Burns, his sister in law Karen Ragle and Tom Bobowski, brother in laws Jack Burns and Sandy, Keith Jewett and Teresa, Jim Burns and Jen, Bob Burns and Wendy, plus many nieces and nephews.  John was predeceased by his parents Dr John and Helen Morey, sister and brother in law Diana and Howard Farr, father in law John Burns and step father in law Will Jewett. The family would like to extend their appreciation to the Souther NH Medical Foundation Oncology department and especially Dr Hakimian and his staff who encouraged John through his treatments.  He never appeared to mind receiving treatments since the staff welcomed him as if he was family.  The caring angles from the Community Hospice House, insured that John pass with dignity and no pain and provided the family with compassionate care and counseling throughout his stay.  This facility is a portal to heaven. Visiting hours will be held on Friday, January 27th from 10am - noon, with a Service of Remembrance beginning at noon, in THE DUMONT-SULLIVAN FUNERAL HOME, 50 FERRY ST. IN HUDSON. In lieu of flowers, donations may be sent in memory of John to the American Cancer Society, PO Box 22478, Oklahoma City, OK, 73123 or  Christian Science Mother Church, General Fund, 210 Massachusetts Ave Boston MA 02115, and finally Home Health & Hospice Care, Attn: Hospice House, 7 Executive Park Dr., Merrimack, NH 03054.

On January 23, 2017, John Morey, 69, from Merrimack NH, passed away due to multiple myeloma.  He courageously fought the disease for 3.5 years with a stem cell transplant and 2 clinical trials.  John was the son of Dr John and Helen Morey of... View Obituary & Service Information

The family of John Morey created this Life Tributes page to make it easy to share your memories.