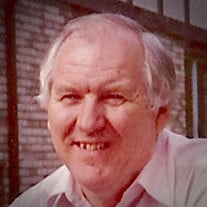 Joel Martin Droznick, age 75 of Nashua, NH and Emerald Isle, NC, died March 27 at Grace House in Windham, NH. Joel was born in Waterbury, CT to Helen Martin and Joseph Droznick on February 24, 1942, and died after a battle with cancer. Joel was a 1960 graduate of Sacred Heart High School in Waterbury, CT. He attended the University of Connecticut as well as served six years in the U.S. Army Reserves. He was self-employed in the information technology field for the last 19 years preceded by many years of similar employment at U.S. Rubber (Uniroyal), Raytheon, W.H. Nichols, Parker-Hannifin, BTU International, and Osram-Sylvania, in addition to a period working as a realtor at Harmony Real Estate. On a volunteer basis Joel also used his programming skills to provide a variety of food pantries in NH and MA with inventory management and tracking software. Joel is survived by his wife of 42 years, Carol (Roll-Cooper) of Nashua, NH and a sister, Maryellen (Joseph) Eastern of Woodinville, WA. He is also survived by five children: Jed (Tiffani) Cooper, and children Jake and Bryce of Hooksett, NH; Susan (Remi) Fauteux of Litchfield, NH and children Megan and Ellie; Ceci (David) Vachon of Bow, NH and children Jordan and Jack; Christopher (Ann Marie) Droznick of Hudson, NH, and children Kealy, Hannah, Joel Patrick, Olivia and Samuel, and John “Bud” (Michelle) Cooper, Jr. of Londonderry, NH and children Jalen, Mazie and Issabella. Joel was predeceased by his parents, a first spouse Rosemary Mastrosimone in 1974 and by an infant son John in 1967. In spite of his recent health challenges, Joel expressed an appreciation for a life that he enjoyed without regret, grateful for his family and particularly enjoying many of the preceding year’s winter seasons in Emerald Isle, NC with Carol. Joel asked that his death be recognized with as little fanfare as possible, and he requested cremation with brief memorial services. Joel will be missed greatly and remembered by his family for his generosity, candor and humor. Those wishing to recognize Joel’s passing are asked to please consider a donation to a local food pantry, charitable organization, or hospice provider of their choosing. Visiting hours will be held on Saturday April 1st from 2pm-5pm at the Dumont-Sullivan Funeral, 50 Ferry St., Hudson.

The family of Joel M. Droznick created this Life Tributes page to make it easy to share your memories.