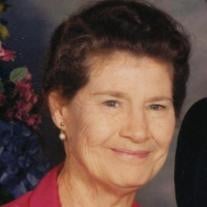 Jean (MacDougal) Hutchinson, 79 of Hudson, NH died Sunday October 28, 2012 at Parkland Medical Center in Derry following a brief illness. Jean was born October 25, 1933 in Ithaca, NY daughter of the late Harry and Dorothy (Huber) MacDougal. She was predeceased by her husband, Richard P. Hutchinson in January of 2011, following 58 years of marriage. Jean was also predeceased by a son, Scott Hutchinson and a sister, Carole Chaplin. Jean found great joy spending time with her family. Survivors include three sons, Keith Hutchinson and his wife Julia of Brookline, NH, Todd Hutchinson and his wife Mary of Merrimack, NH, Ross Hutchinson and his wife Laura of Brookline, NH, a brother Richard “Dick” MacDougal and his wife Betsy of Sun City, SC, a sister Kathleen Simpson of Westford, MA. As well as 8 grandchildren, 1 great grandchild, and several nieces, nephews, and cousins. Visiting Hours will be held on Friday Nov. 2nd from 6-8pm in THE DUMONT-SULLIVAN FUNERAL HOME, 50 FERRY ST. IN HUDSON with a Service of Remembrance at 7:30pm. A Graveside Service will be held on Monday, Nov. 5th at 11am in Mt. Pleasant Cemetery in Arlington, MA. All May Meet At The Cemetery.

The family of Jean Hutchinson created this Life Tributes page to make it easy to share your memories.