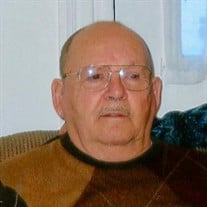 Guy Vachon, 79, of Nashua, NH, died Friday, March 31, 2017, at his home in Nashua, following a lengthy battle with cancer. He was born June 23, 1937 in St. Luc, P. Q., Canada, son of the late Edmond and Amanda (Giroux) Vachon. He was predeceased by his partner of 34 years, Sandra Nadeau. He was also predeceased by five brothers and two sisters in law; Gaston, Pierre, Nicolas, Domonique, and his wife Jean, Paul, and his wife Jean, as well as by six sisters and five brothers in law, Jeannette and Rosario Cote, Jacqueline and Jospeh Labrecque, Simone and Fernand Bisson, Gertrude and Arthur Morin, Martha and Alphe Nadeau, Lisette Theberge, Harold Humphrey, Simone Maranda and Nicholas Vachon. Guy was a resident of Nashua since 1964. He was employed as a carpenter with the #40 Union and took great pride in his profession. He enjoyed creating his own woodworking projects, fishing and gardening. He is survived by his loving family, his stepdaughter, Robin Stokes and her husband Dennis, Jr., of Nashua, a grandson, Hunter Stokes, of Nashua, two sisters, Rachelle Bisson and her husband Gerard of Nashua, Laurette Humphrey of Somerville, MA, three sisters in law, Patricia Cote of Litchfield, Rejeana Doyon of Montreal, Canada, Solange Laflamme of St. Luc, Quebec, a brother in law, Jacque Theberge of Montreal and many nieces, nephews, and cousins. Services will private.

The family of Guy Vachon created this Life Tributes page to make it easy to share your memories.