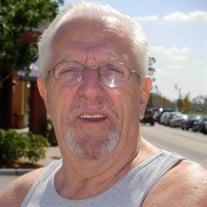 Gerald A. Soucy, 78, of Hudson, NH, died Thursday, July 8th, 2021 while surrounded by his loving family.  He was born April 4, 1943 in Nashua, NH, son of the late Roland and Rachel (Berube) Soucy. Gerald was also predeceased by a daughter, Wendy Soucy as well as by two brothers, Roland Soucy and Richard Soucy.  Gerald loved the warmth and being in the sun, spending 30 years living in Florida. From there, his adventure to the Philippines followed for the next 10 years. Within his time in the Philippines, he made many friends, and loved to help the ones in need the most. Every year, he would buy all the kids in the neighborhood their school supplies and book bags to be able to return to school. It made him proud to know that he was making a difference in their lives. He always said how grateful all the children were just to be able to have the items needed to go to school.  Once he was back in the United States, he just wanted to reconnect with all his loved ones. He enjoyed having reunion lunches with his old classmates, going down the street to Fat Kats to have a beer with his sons and do some dancing. Gerald liked to stay up to date on the news. Watching what went on around the world was an informative hobby I would say. Politics would always be something he would watch. You knew when things would be getting good because he always started yelling at the TV.  Gerald was ever the entrepreneur; throughout his years he had previously owned two pizza restaurants as well as a successful wholesale rose business. In his earlier years, he enjoyed his time as a firefighter with the Nashua Fire Dept.  Gerald would talk highly about having 12 grandchildren, and 11 great grandchildren.He made as many baseball games as he could for his great grandson. His second to youngest great grandchild was the sparkle in his eye. Every day he would wake up and come down to be with her. She would wait at the bottom of the stairs for him yelling “Yampa”. His smile would be from ear to ear. She would walk him to the couch and hop up right next to him. She was, “his baby”, and everyone who knew him, knew that. Nothing put a smile on that man's face more than coming home to see his babies. One of his favorite past times would have to be boxing. He loved to fight. Especially with all his brothers. He would often recall his boxing days and he put up the best fight possible to make the time he had left as valuable as he could. He pushed through all his pain and suffering to be able to come home and take his last breath around those dearest to his heart. Gerald’s loving family includes a daughter, Kerry Soucy of Derry and three sons, Wayne Soucy of Hudson, Jerry Soucy of Nashua, Timothy Soucy and his wife Karen of Concord, two brothers, Paul Soucy and his wife Rita of Michigan, Albert Soucy and his wife Sandy of Mississippi, a sister, Claire Soucy of Florida, 12  grandchildren and 11 great grandchildren, as well as many nieces and nephews.  Visiting hours will be held on Monday, July 12th from 4pm-6pm with a Prayer Service at 6pm in the DUMONT-SULLIVAN FUNERAL HOME, 50 FERRY ST. IN HUDSON. Following cremation, burial will be private.

Gerald A. Soucy, 78, of Hudson, NH, died Thursday, July 8th, 2021 while surrounded by his loving family.  He was born April 4, 1943 in Nashua, NH, son of the late Roland and Rachel (Berube) Soucy. Gerald was also predeceased by a daughter,... View Obituary & Service Information

The family of Gerald Soucy created this Life Tributes page to make it easy to share your memories.